Mount Sumeru: as explained in the Buddhist Abhidharma literature is at the center of a Buddhist world system, also known as One Small Universe. Many of these small universes make a medium universe and many medium universes make a great universe. The Abhidharmakosha is a text of the 4th-5th century composed by the scholar Vasubandhu. Detailed explanations of Buddhist cosmology serve as the basic components for the paintings with subjects such as the Wheel of Life, Mount Meru Offering (mandala) and the game of Rebirth (created by Sakya Pandita for his ailing mother). 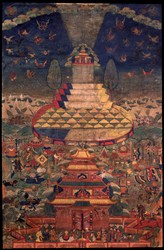 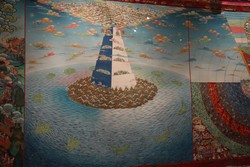 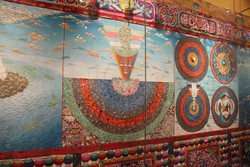 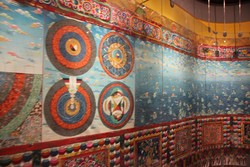 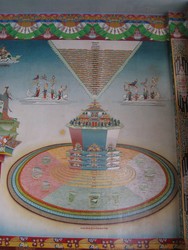 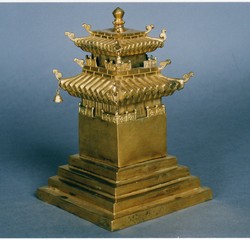 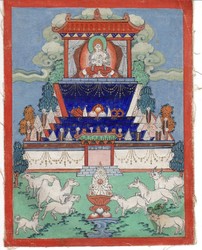 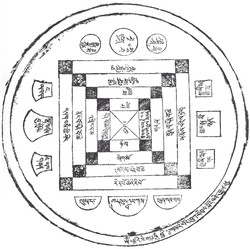 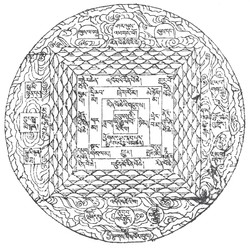 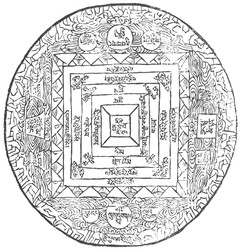 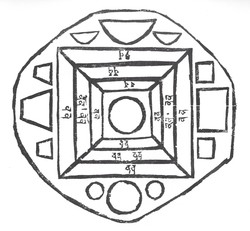 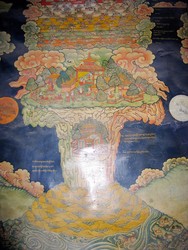