Yellow Jambhala is a male, rotund figure, wearing ornaments and heavenly garments similar to a bodhisattva figure in Buddhist art. The form of Jambhala follows that of a Yaksha figure in Indian art, which is also similar to the appearance of the Four Guardian Kings in Tibetan art. According to the system of the Eleven Iconographic Appearances in Tibetan Art - Jambhala belongs to King Appearance.

Jambhala is a wealth deity. His practices, rituals and meditations are done for the purposes of acquiring wealth - either slowly or quickly. The Tantric origins of Yellow Jambhala begin with the early Tantra texts such as the Siddhaikavira Tantra and the Manjushri Mula Kalpa Tantra. In the Anuttarayoga system Jambhala is found in the Hevajra, Guhyasamaja and Chakrasamvara Tantras. The Hevajra Tantra in particular relies upon Yellow Jambhala, in his two armed form, as the wealth deity specific to practitioners of the Hevajra system.

Yellow Jambhala is commonly found as a minor, or secondary, figure in paintings, generally included in the lower portion of a composition above or next to the Dharma protector figures.

There are many more sculptural objects of Yellow Jambhala than there are paintings. The reason for this apparent imbalance between paintings and sculpture is because there is a special ritual practice involving Jambhala that requires a physical representation, a sculpture - generally small in size. The actual practice involves pouring 108 offerings of water over the head of Jambhala accompanied by a short mantra. The ritual is narrative based and originates with an event from the life of Shakyamuni Buddha. 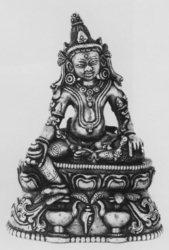 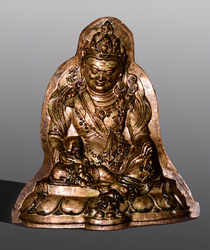 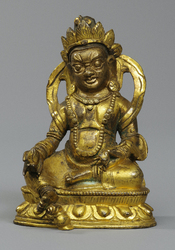 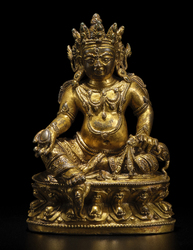 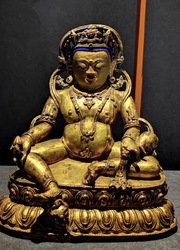 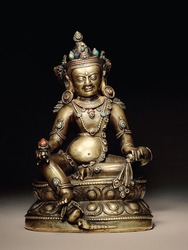 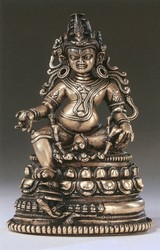 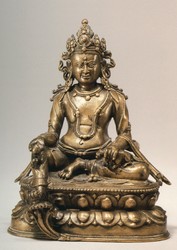 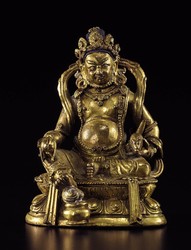 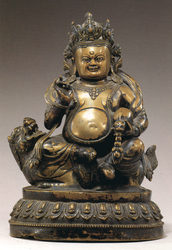 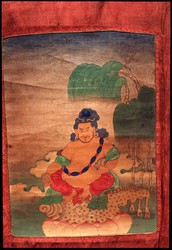 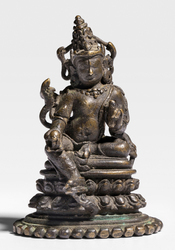