Common to the Himalayas and all ethnographic Tibetan regions, there are colourful thread-cross constructions called 'namka', (also spelled namkha) similar in appearance to dream catchers and spirit catchers of North American native aboriginal peoples of the plains and south-west regions.

In the Bon religion of the Himalayan regions and Tibet, the early biographies of Tonpa Shenrab tell of how when traveling in Tibet to retrieve stolen horses from the area of Kongpo he taught the construction of thread-cross, namka, as a way of making offerings to the deities and gods. Some Tibetans speculate that this was done in substitution for animal sacrifice practiced in Tibet at the time. Early interpretations of the meaning of the namka describe them as abstract symbolic offerings of the soul or life-force of a person.

The namka are made from thin pieces of wood as a frame wrapped with variously coloured threads into geometric patterns, circular, square and triangular. In some rituals entire three dimensional models of the universe are fashioned along with a giant horned eagle also made of coloured thread and placed at the top. The colours relate to the five elements along with other associations and meanings.

All of the elaborate Bon rituals require the thread-cross namka as part of the assembled offerings. Small namka constructions wrapped in cloth, only a few inches square, and containing sacred verses are worn on the body as a protective talisman. The creation of namka and its ritual use has been adopted into all traditions of Tibetan Buddhism to a greater or lesser extant depending on the tradition. 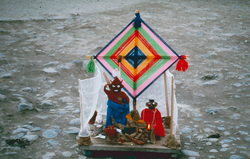 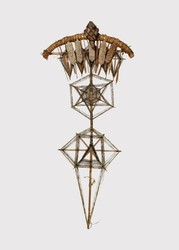 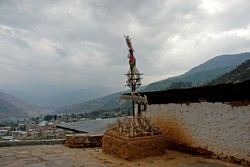 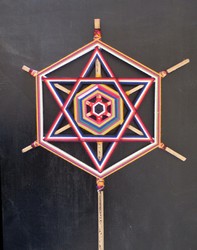 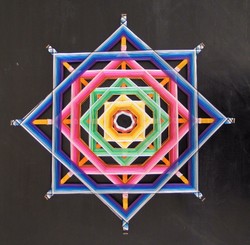 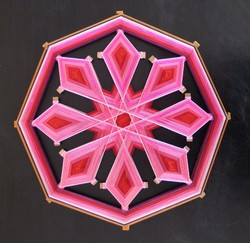 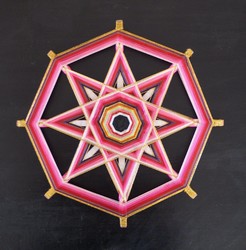 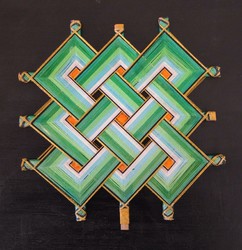 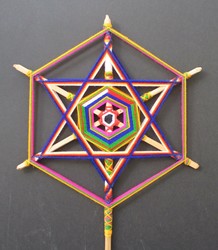 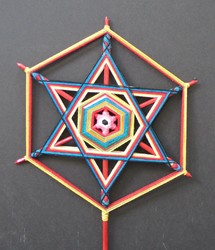 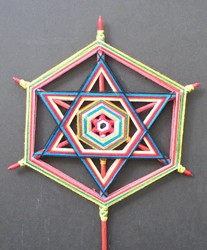 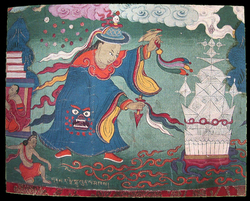