There are four types of lions that need to be considered. There is the Indian lion, the Central Asian Lion, the Tibetan Snow Lion and then the various concepts and lion imagery from China. The lion of India was regarded as an imperial creature and associated with royalty and divine authority.

The snow lion is a mythical creature of the Himalayan regions, Tibet, and possibly Central Asia. There is some evidence to suggest that there are three types of mythical lions based on the Bon religion and culture: the Snow Lion, Gold Lion and the Conch Lion.

With Buddhist iconography both Shakyamuni and Akshobhya Buddha sit on a lion supported throne. The lion throne can also be considered generic for all other buddhas that are not specifically identified with an animal supported throne.

"Arising in the eastern direction is Vairochana on a lion, lotus and moon throne; with a body white in colour the hands are in the mudra of supreme enlightenment." (Dragpa Gyaltsen, 1147-1216). 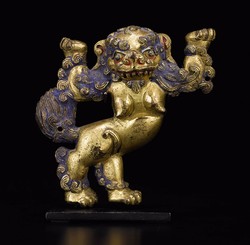 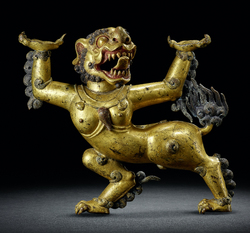 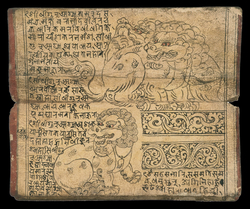 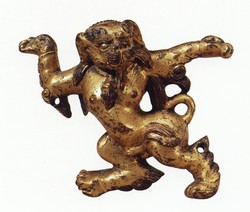 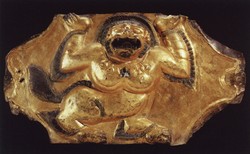 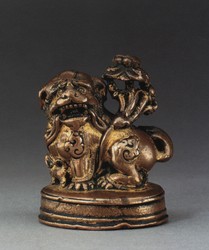 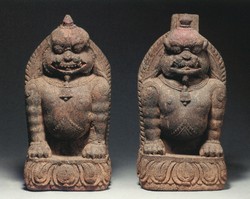 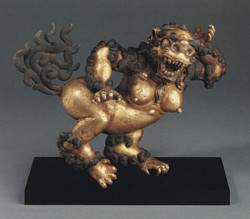 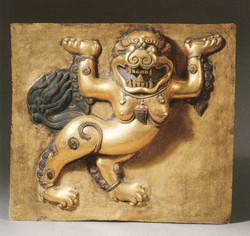 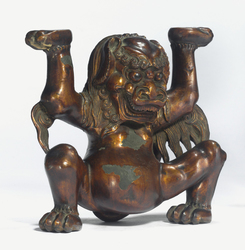 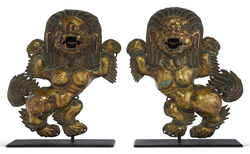 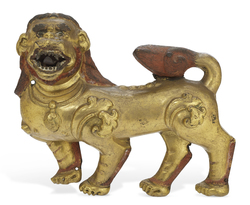