Trailokyavijaya is typically a wrathful deity found in the early Buddhist Tantra literature as a retinue figure. Rarely in Indian, Himalayan and Tibetan Buddhism is Trailokyavijaya portrayed as a central deity. In the art of the Dali Kingdom, Yunan Province, China, this deity is depicted as fearsome in appearance, with nine heads, sixteen arms and three legs. 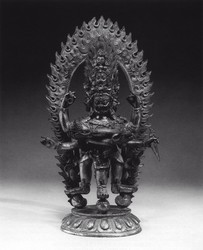 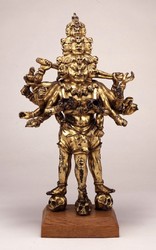 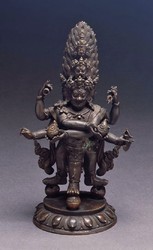 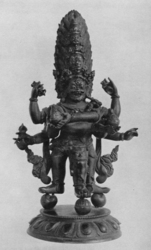