Dipamkara is the Buddha of the age prior to the time and cosmic age of Shakyamuni Buddha. According to the Pali Canon, he was the Buddha that predicted the future enlightenment of the bodhisattva that was to become Shakyamuni - the historical Buddha. Dipamkara is popularly worshiped in Nepal but rarely found in other parts of the Himalayas, Tibet, or surrounding regions. In Tibetan art Dipamkara is almost always depicted along with Shakyamuni Buddha and the bodhisattva Maitreya - depicted as a Buddha. These three collectively are known as the Buddhas of the Three Times and often arranged in a three painting set.

An Independent Sutra on the Dipamkara Prophecy. Junko Matsumura. Journal of the International College for Postgraduate Buddhist Studies. Vol. XV, 2011. 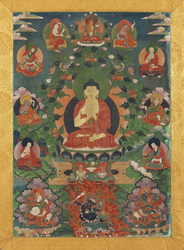 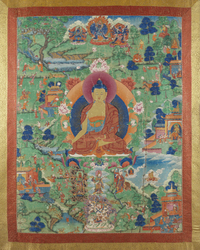 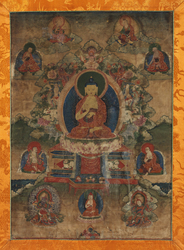 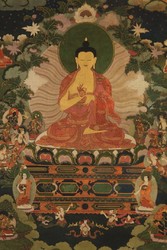 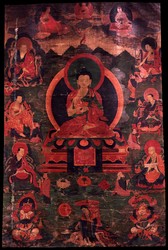 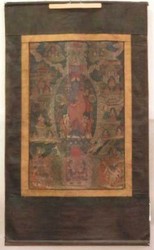 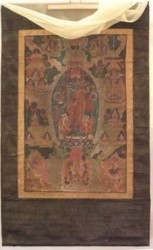 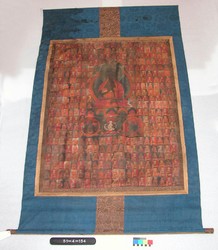 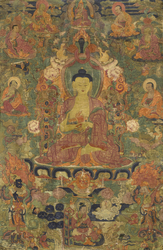