Vaishravana Retinue Figures. The deity Vaishravana Riding a Lion has a retinue of eight armour clad horsemen. Seven of the eight horseman face forward but one always has the head turned away. The composition of Vaishravana and the eight horseman are best seen in the paintings. The sculpture sets found in Western museums are typically of individual figures are rarely a complete set. Because of this the subject is often miss-identified.

The subject is most popular in Central Asia, Tibet, Mongolia and China where the majority of the paintings come from. The clothing and attire worn by each figure generally follows a Central Asian or Chinese style warrior appearance. (See a complete Block Print Set). 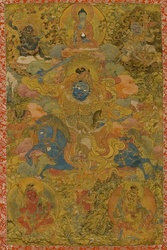 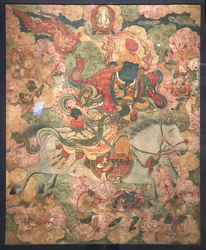 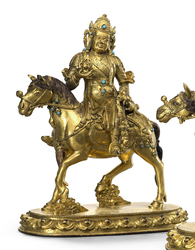 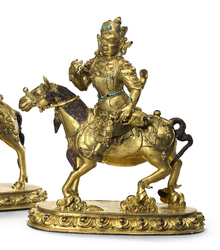 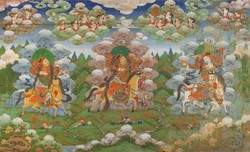 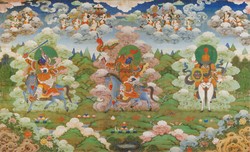 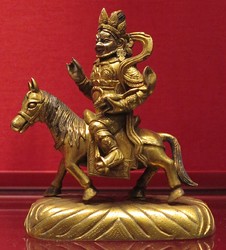 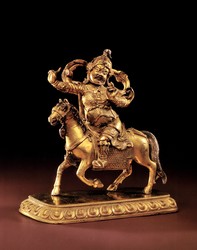 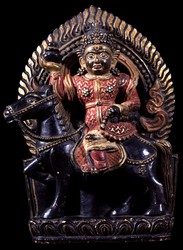 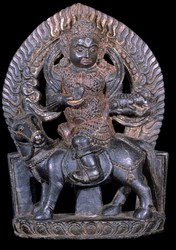