Yama is understood to be a living being, the King of the Preta (ghost) realm, who functions as the judge of beings entering hell. The reason why he is categorized as a ghost is because no being can actually exist in hell unless they have been born there due to bad actions committed in previous lives (karma). In various versions of Indian literature Yama is categorized as a god and in Indian literature Yama and Yami, a brother and sister, are associated with hell. The Wheel of Life and the depictions of Yama are based on Theravada and Mahayana Buddhism. In particular the Himalayan Buddhist understanding of the person of Yama and the hell realm is based on the Abhidharmakosha writings of Vasubhandu. 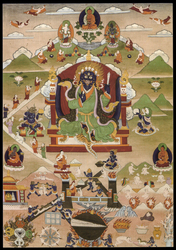 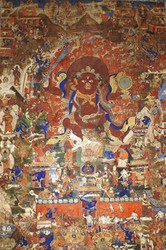 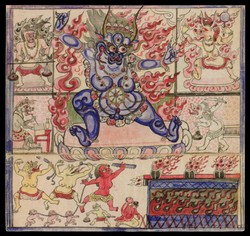 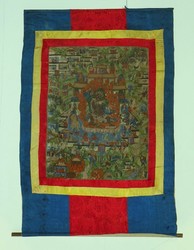 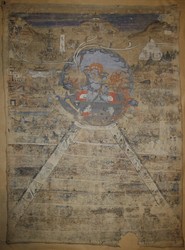 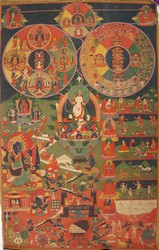 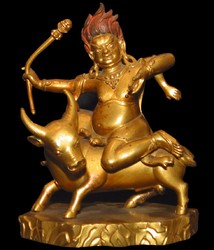 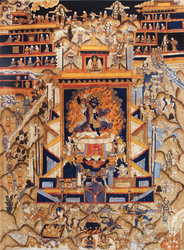 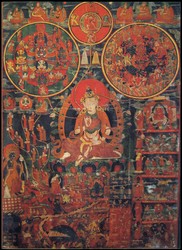