The name 'eka + jati' is a Sanskrit word combined of two parts (Sanskrit: eka = one; jati = braid), one and braid, meaning 'one braid' of hair.

As a Meditational Deity Ekajati has a two-armed form, four-armed, eight-armed and a twenty-four armed and twelve headed form. (2) As a Retinue Figure Ekajati, in a wrathful form, stands behind Lokeshvara in the Five-deity practice. Older more traditional forms of practice of Green Tara describe the Three-deity Green Tara with the goddess Marichi standing to the right side of Tara and a semi-wrathful Ekajati standing on the left side. Ekajati is also an important (3) Protector Deity in both the Nyingma and Sarma (Sakya, Kagyu, Jonang, Gelug) Traditions of Tibetan Buddhism.

In the Nyingma Tradition Ekajati is the principal protector for the 'Revealed Treasure' Traditions. She manifests in numerous forms, both as a standard wrathful figure, black, with one face and two arms and appearing in her more famous guise with only one eye, one tooth, and one breast, sometimes even with only one leg as in the Drigung Kagyu Treasure Tradition (see detail lower left). 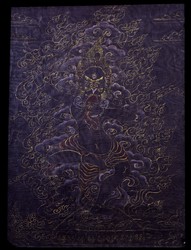 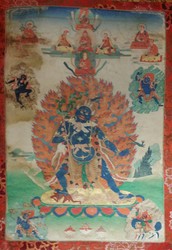 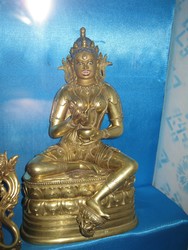 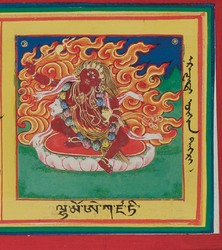 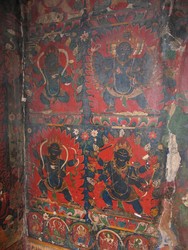 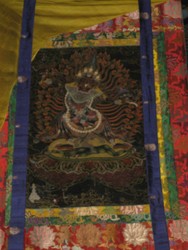 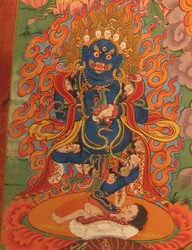 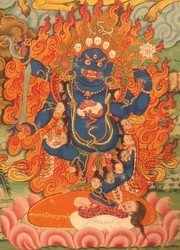 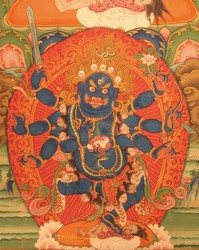 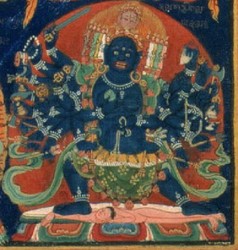 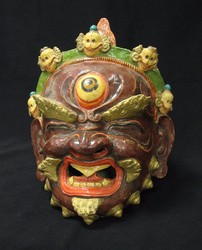 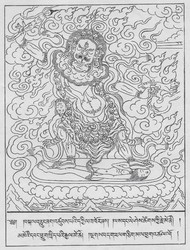