Currently there are several known paintings containing an image of Hari Hari Hari Lokeshvara (HAR #77124 European Private Collection, HAR # [pending] Imperial Palace Beijing) where he is displayed as the central figure and a third painting where he is a minor figure at the bottom center of the painted composition (HAR #89177). 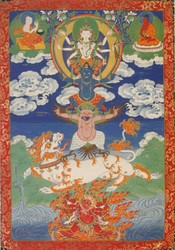 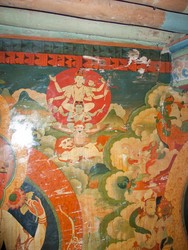 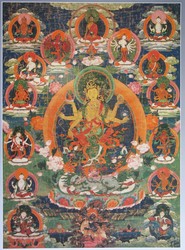 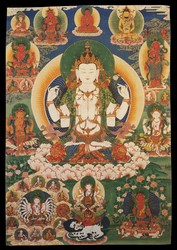