Manjushri and Maitreya in dialogue: the setting for the painting is the Tushita Heaven, Joyful Land, the abode of Maitreya, above Mount Sumeru, the center of a Buddhist world system, of which there are many, as he waits for the time when he will descend to earth and be the next Buddha after the time of Buddha Shakyamuni has passed.

The subject of this painting follows a Mahayana Buddhist narrative where Manjushri and Maitreya are having a discussion on philosophy. Probably the most famous depiction of this narrative is found in Dratang Monastery, Tibet, painted in the 11th century. Although damaged both by time and human events the beauty of the Dratang mural is immediately evident. There are some differences between the figures in the paintings exhibited here and the figures in the mural. First, in the mural, the figures are placed with Manjushri on the left and Maitreya on the right. In four of the paintings Maitreya is on the left. In the mural Manjushri has the single attribute of a book and Maitreya holds the attribute of a water flask and has a stupa decorating the front of the crown.

A wall mural of the same subject likely copied from the Dratang monastery model can be found in the later Dunhuang caves painted under Xixia patronage in the 13th century. 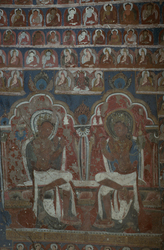 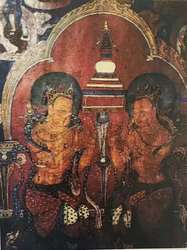 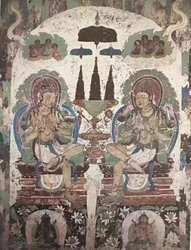 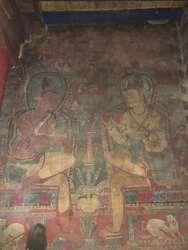 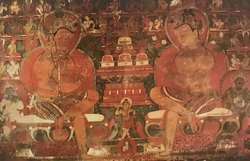 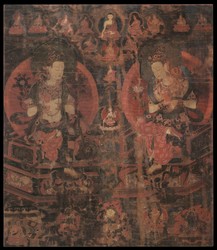 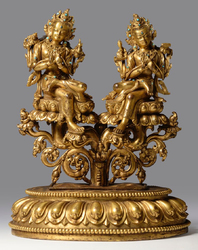 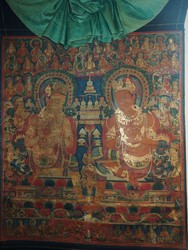 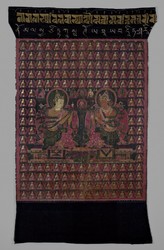 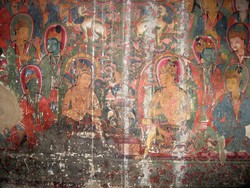 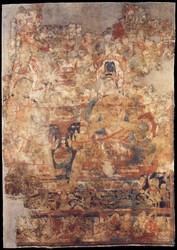 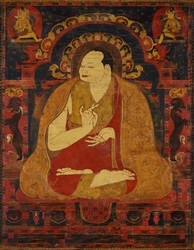