The Buddhist svastika (yungdrung) is an auspicious symbol. It first appears as one of the many auspicious shapes believed to decorate the bottom soles of the two feet of Shakyamuni Buddha. The svastikas are often found placed on the pads of the toes. The legs of the svastika employed by Buddhists can turn in either direction, right or left. In general, direction is not important. Of the three examples of initiation cards below, two of the cards display the legs of the svastika turning to the right and one card has the legs turning to the left.

There does not appear to be any use of the svastika as a hand attribute, mandala direction indicator, or an object of meditation. In Chinese Buddhist practice it is common to find a right or left turning svastika on the chest of a Buddha figure in painting or sculpture. This practice is not found in Tibetan art or with Himalayan style art in general. 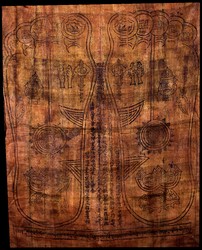 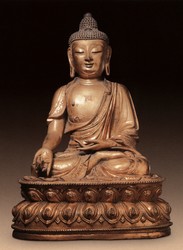 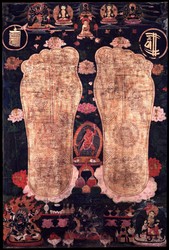 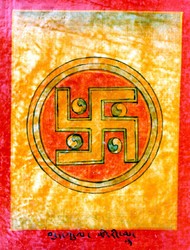 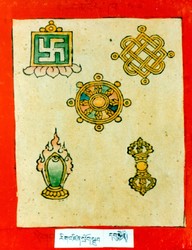 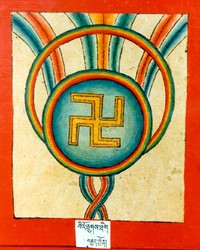