Virupa, the Lord of Yoga, 9th century (Tibetan: bir wa pa, nal jor wang chug); foremost in magical attainments among the Eighty-four Mahasiddhas of India. He can appear in a number of different forms and colours. He can also appear in different contexts such as a set of lineage images, a narrative scene, the set of Eighty-four Mahasiddhas, as a Guruyoga meditation form, etc. Virupa is not unique to any one tradition of Tibetan Buddhism and therefore can be found almost anywhere. In the Sakya Tradition Virupa is typically depicted in one of six textually documented forms that follow the major events in his life story. 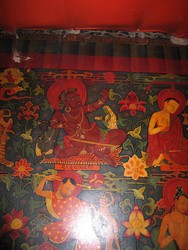 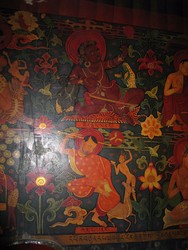 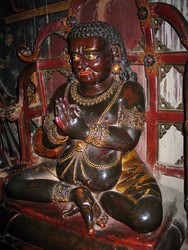 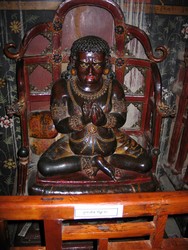 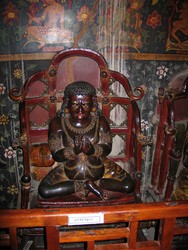 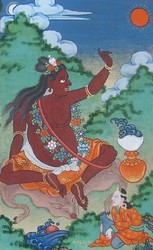 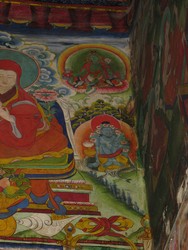 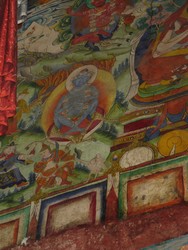 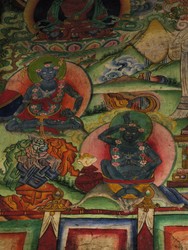 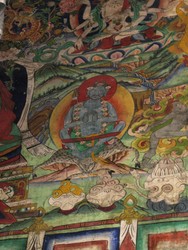 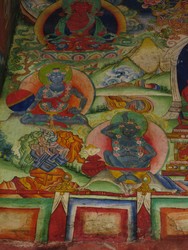 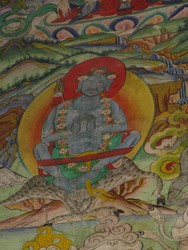