An Indian sage (Sanskrit: rishi. Tibetan: drangsong) as described in early Puranic and Brahmana literature is a male figure, generally elderly with white hair and a long white beard, wearing white clothing and living in the forests and mountains. They are easy to anger but regarded as a repository of ancient wisdom, learning and great power. Rishis are referenced in the Ayurvedic and Tibetan Medicine Traditions. They play a role validating the early Indian origins and history of Tibetan medicine. The Tantric Buddhist protector deity Brahmanarupa Mahakala is modeled after an Indian rishi. 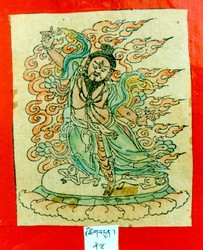 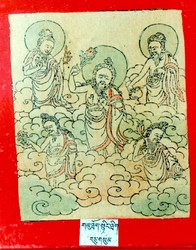 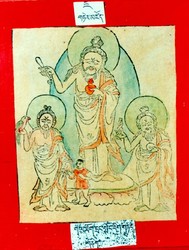