"Avalokiteshvara, Arya Lokeshvara (Tibetan: pag pa chen re zi. English: the Noble All Seeing Lord). There are many versions of this sculpture in wood, ivory and metal found in both temples and art collections around the world. Only the wood figures are considered of possible early origin created during the middle of the first millennium. There were three subjects of sculpture created from sandalwood to function as land taming religious objects for the important geomantic points in Tibetan geography. The first object was of an Eleven Faced Thousand-armed Lokeshvara. The second was a set of four Lokeshvara with two situated in Nepal and two in Tibet. The third group are two sets of 108 smaller Lokeshvara statues to fill the one hundred and eight land taming temples of Tibet built by King Songtsen Gampo (7th century).

The 'self created' Eleven Faced Lokeshvara formerly resided in the Lhasa Cathedral (Jokang). It may still reside there. The locations of the four Pagpa Lokeshvara are also known. The locations of all of the 216 smaller Lokeshvara are not currently known. It is however possible that some of the sandalwood sculpture below are original to the time of Songtsen Gampo. The metal cast and ivory sculpture are copies and do not belong to the origin myth of the original two hundred and twenty-one Pagpa Lokeshvara sculptures." (See full article). 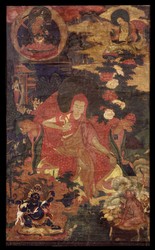 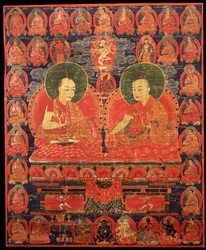 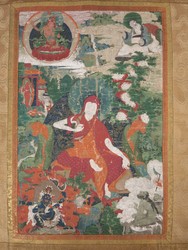 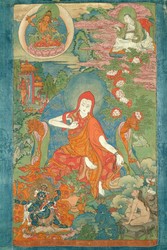 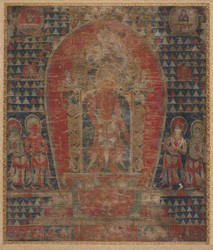 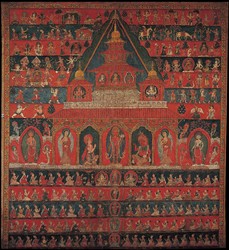