In the Mogao cave grottoes of Dunhuang in central north China there are several rooms traditionally called the 'Tibetan Caves.' These caves are clearly depicting Tibetan Buddhist subjects with five large murals of Chakrasamvara in various form, with one painting each for Hevajra, Mahamaya and Chaturbhuja Mahakala. At the top and side registers are retinue deities or minor forms of like deities. Along the bottom of each mural are what appears to be mahasiddha like figures. It is possible that the bottom registers are depicting an early version of the Eighty-four Mahasiddhas.

Towards the end of the Xia period one of the Xia Kings had a Tibetan Buddhist teacher named Tsangpa Dungkhur Wangchug Tashi (also known as Gungtang Lama Zhang) who was himself a student of the famous Kagyu teacher Lama Zhang (1122-1193). A few details of this relationship are recorded in the Debter Marpo publication (deb ther dmar po [TBRC w16476]) of Tsalpa Kunga Dorje (1309-1364). The name of the Xia King is not recorded. It is very likely that the murals were executed at the time of Tsangpa Dungkhar, circa 1200 or a little later. 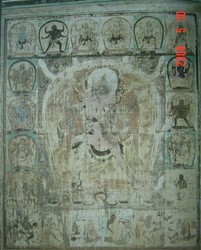 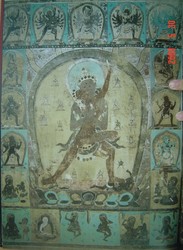 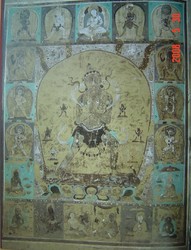 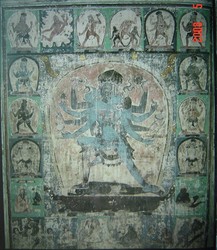 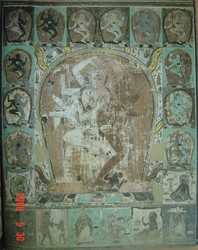 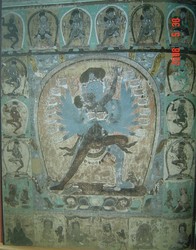 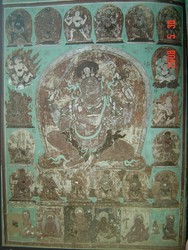 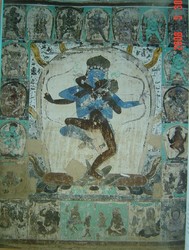