The special characteristic of this tradition is the coconut that can resemble a heart held in the right hand. Sometimes the hand only holds the coconut while at other times the artist also depicts a curved knife along with the coconut. This form of the deity is also referred to as the Tsal Tradition which is named after Lama Shang Yudragpa Tsondru Dragpa (1122-1193 [Tbrc P1857]). He is also known as Gungtang Lama Shang and Shang Rinpoche. 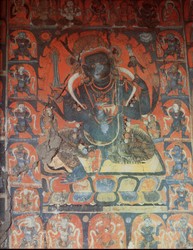 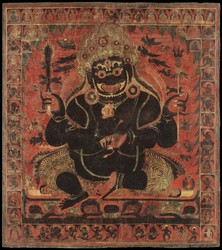 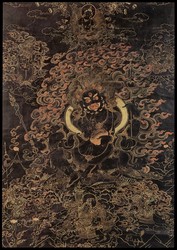 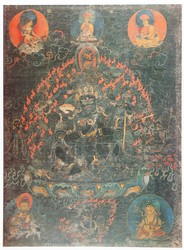 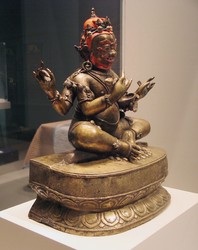 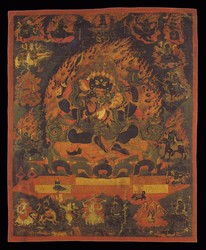