Paintings created as portable scrolls 'tangka' and murals in temples are usually consecrated or blessed upon completion during a ritual called the 'Eye Opening Ceremony'. These two words 'consecrated' and 'blessed' are often used interchangeably. Other words can be found which describe the process such as - sanctification, anoint, or enshrine. Once the blessing has been performed there is no such thing as de-consecrating or removing the blessing from paintings, ritual objects, sacred space, temples, etc. The only exception to this are figurative sculpture and stupas under certain specific circumstances such as facilitating repairs which require the removal of the base plate of the object.

The Tibetan word for the physical act of blessing a painting is rabne (rab gnas). A rabne can be as simple as a Buddhist monk or religious figure, even a lay practitioner or devotee, reciting a few prayers or mantras and throwing a few grains of rice or flowers onto the object. The most basic of recitations used for this blessing is the famous Ye Dharma verse which is: om ye dharma hetu prabhava hetun, tesham tathagato hyavadat, tesham ca yo nirodha, evam vadi mahasramana svaha.

The Sanskrit mantras of OM, AH, and HUM are often written on the back of a painting. Sometimes the three letters are written on the reverse for each and every figure represented on the front of the painting. (See Backs of Paintings Main Page).

For three dimensional objects the process of blessing is similar to that of painting. Figurative sculpture as well as small stupas typically are filled with auspicious materials and have a metal base plate which seals the bottom of the object and keeps the inserted blessed materials in place inside the hollow object. The inserted materials generally take the form of Various substances and represent the body, speech and mind of a Buddha. Typically for speech, sacred texts, dharanis or mantras, written on paper are inserted. These blessed materials are often the same as what is placed inside the amulet boxes (ga'u) worn by many devout practitioners. (See Amulet Box Contents).

In the Himalayan Buddhist traditions it is considered extremely inauspicious to leave a sculpture of a religious figure, Buddha, deity, teacher, etc., open at the bottom, meaning without being blessed and without a base plate. The very superstitious of followers believe that wandering spirits can take up residence in un-consecrated and unsealed figurative sculpture making the object unfit for ritual worship.

There is a ritual used for the opening of damaged sculpture and stupas for the purpose of repair or transporting to a new location (if the object is of a large size). Later the sculpture or stupa can be re-sealed and reconsecrated, or a simple renewal consecration performed.

Both painting and sculpture can be blessed any number of times by many different individuals directly or indirectly - indirectly through proximity to rituals or ceremonies conducted in the same location or space.

Temples, large or small, are often blessed (sanctified) after construction by a process of elaborate rituals involving sand or painted mandalas. The rituals can take several days to perform. If there is natural or unnatural destruction of a temple then sanctification rituals will often be performed after completion of the repairs.

The Consecration of Images and Stupas in Indo-Tibetan Tantric Buddhism. Yael Bentor. Leiden, 1996. 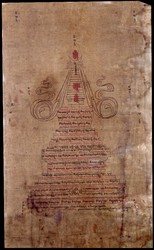 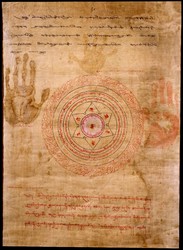 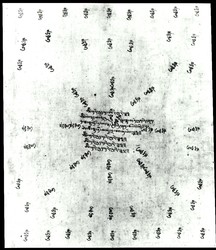