(Story names from Leaves of the Heaven Tree, the Great Compassion of the Buddha by Padma Chopel, 19th century. Based on the Bodhisattvavadanakalpata of Kshemendra, 11th century. Translated by Deborah Black. Berkeley: Dharma Publishing, 1997). 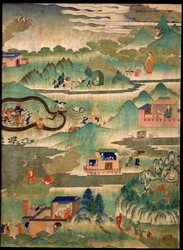 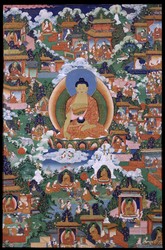 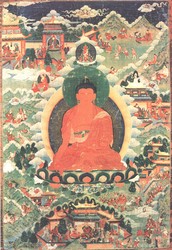