The examples in this gallery belong to the Jonang Tradition of Buddhism. The Aba Painting Style can be found with all traditions of both Tibetan Buddhism and the Bon religion in the Aba region of Amdo (Sichuan Province, China). The majority of the examples can be found with the Jonang Monasteries of the Dzamthang area and the Bon monasteries of Aba. A few examples can also be found for the Nyingma, Kagyu, Sakya and Gelug traditions.

It is possible that a some of the paintings date from the late 18th century with the majority being created during the 19th and some during the first half of the 20th century. 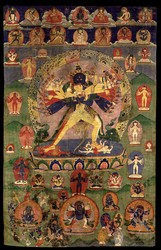 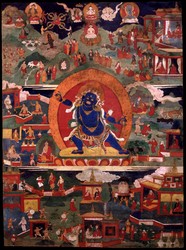 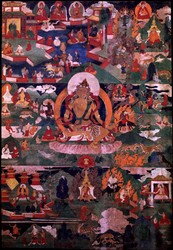 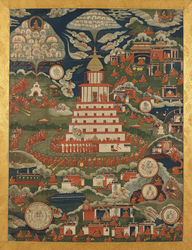 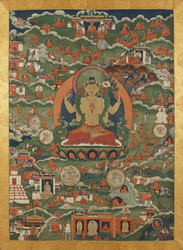 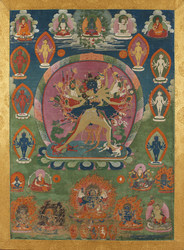 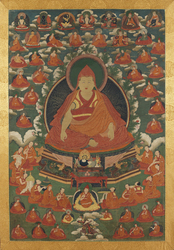 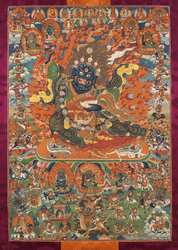 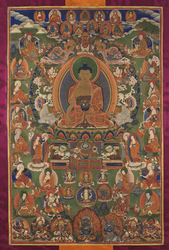 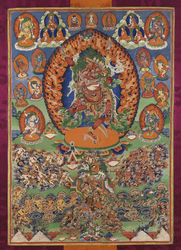 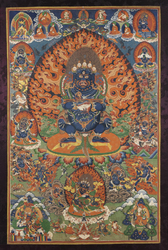 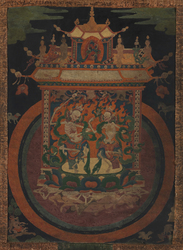