There is very little original information on Padmasambhava that can be taken as historical or factual. Within the Nyingma tradition there are 'Kama' biographies which portray Padmasambhava as being born as a normal person, a prince within a kingdom of early India. There are 'Terma' biographies that claim Padmasambhava was born from a lotus in the kingdom of Oddiyana. The most popular of the 'Terma' texts is known as the Padma Kathang discovered as a 'Revealed Treasure' by Orgyan Lingpa (1323-1360).

There is an early second millennium Tibetan text which claims that Padmasambhava is the brother-in-law of Shantarakshita and that they traveled together from Kanchipuram in south-east India to Tibet in the 8th century.

The Bon religion also has both 'Kama' and 'Terma' biographies and narratives of the life story of Padmasambhava. These sources vary greatly from those of the Nyingma Buddhists.

With the identifying and cataloging of the Life Story paintings, all appear to be from the third period of Nyingma development, 17th century to the present, and relate the narrative of the Revealed Treasure (Terma) Tradition based on the text of the Padma Kathang. 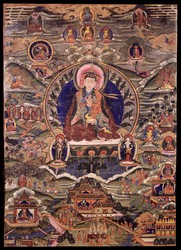 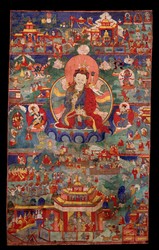 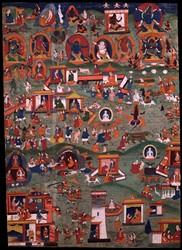 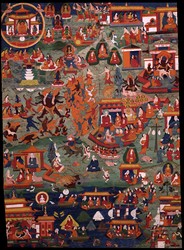 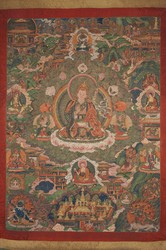 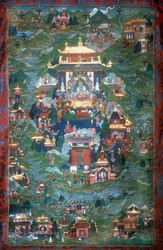 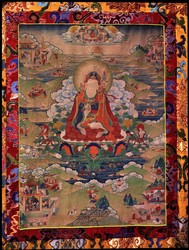 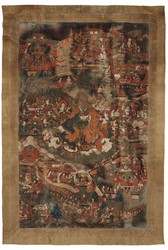 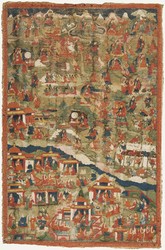 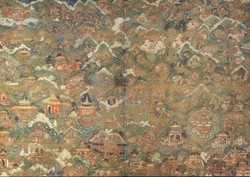 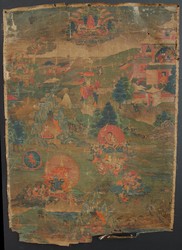