Maitreya is primarily depicted according to the descriptions found in The Mahayana Sutra literature. He does not play any significant role in the Tantra literature. A single meditation practice of Maitreya is listed in the Rinjung Lhantab of Jonang Taranata. That form of Maitreya as an ishtadevata has three faces and four arms. 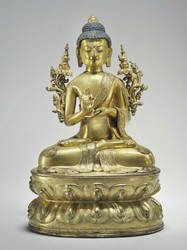 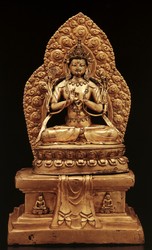 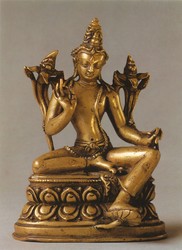