The links above contains the names of the principal buddhas, deities and Indian mahasiddhas that have either a unique hand gesture or are especially known for a specific gesture - such as Virupa and the pointing gesture, sometimes called the wrathful gesture, used to stop the sun in the sky. Also, images of Tibetan and Himalayan teachers will generally be depicted using the gestures of Shakyamuni Buddha or one of the Five Symbolic Buddhas. For example Vairochana is depicted with the gesture of Teaching the Dharma. This same gesture is used as the iconic gesture for Sakya Pandita, Buton Tamche Kyenpa, Bodong Panchen Chogle Namgyal, Tsongkapa, Ngorchen Kunga Zangpo and a number of Karmapas.

Gestures that are taught in the Buddhist Tantras, Vajrayana Buddhism, are called mudra and have symbolic meaning either common to Tantra in general or have a symbolic meaning that is specific to a particular Tantra text and Tantric meditational system. In Tantric Buddhism there are many different kinds of mudras, for example in the Sarvadurgati Parishodhana Tantra and subsequent mandala and ritual practices they boast of over 100 different mudras that must each be known in sequence with proper execution. Luckily very few actual Tantric gestures (mudras) are represented and depicted in Himalayan art.

As already mentioned, from the position of Tantric Buddhism not all hand gestures are mudras. For Tantric Buddhist practitioners mudras are only those gestures that are taught and described in the Buddhist Tantra literature. Now, for example the pointing gesture commonly associated with the mahasiddha Virupa is not technically classified as a mudra as it is not taught in the Tantras. The wrathful gesture is merely the universal human gesture of pointing the index finger of either hand in an accusatory way. That is the basis for the pointing gesture found in Buddhist Tantric art.

(See the article Questions Regarding the Word Mudra, A Preliminary Survey of Gestures on Indian Icons and their Designation by Richard Smith, published September 09, 2015). 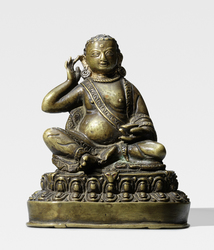 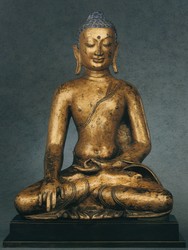 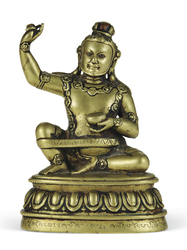 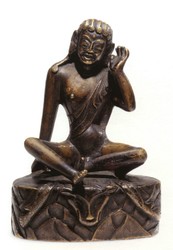 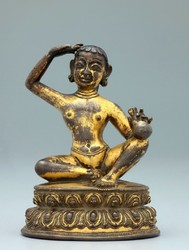 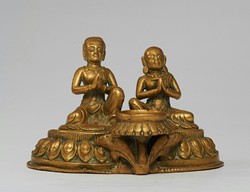 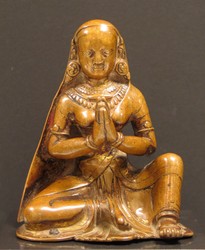 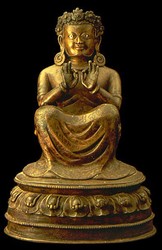 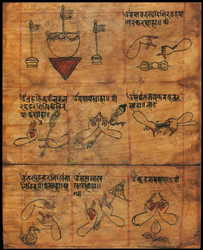 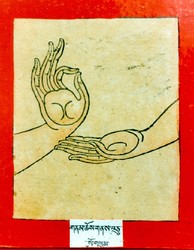 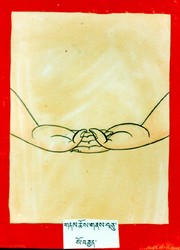 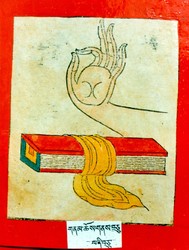