Wrathful, red in colour (or black), with one face and two hands, he has three large round eyes, an open snarling mouth and hair flaming upward. The right and left hands are both upraised and outstretched holding a golden wheel in the right and nine swords in the left. Adorned with a crown of five dry skulls, gold earrings, necklaces and freshly severed heads, across the shoulders he wears a green scarf and wrathful skins of animals and a human. Around the waist is a tiger skin skirt and snakes adorn the body. With the right leg bent and left straight in an aggressive posture atop two prone figures, a sun disc and lotus seat he stands encircled by the swirling flames of pristine awareness. 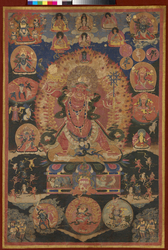 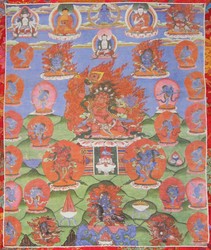 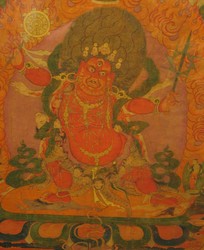 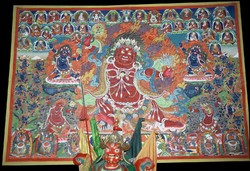 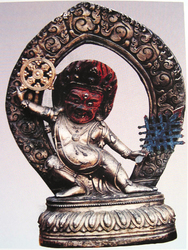 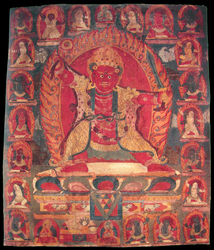 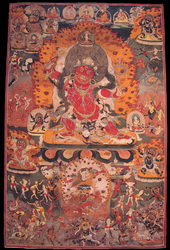 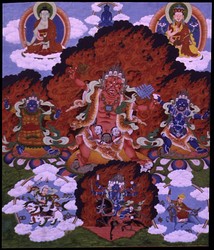 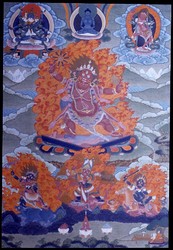 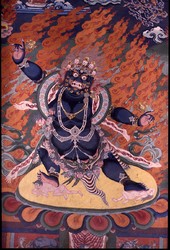 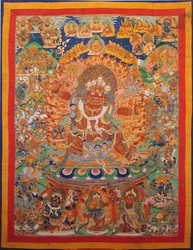