There appear to be three or more sets represented here by the various iconographic appearances: Medicine Buddha set, Eight Great Bodhisattvas, Sarvavid Maha Vairochana and Miscellaneous Deities. It is also likely that several copies of a set were produced at the same time both for decorating new temples and also for gift exchange during the time of Emperor Qianlong in 18th century Beijing.

The compositions below are all uniform in that there is Amitayus Buddha at the top center and White and Green Tara at the bottom right and left sides. 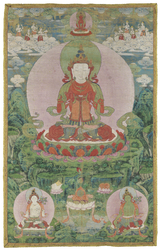 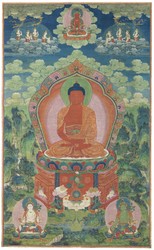 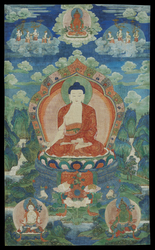 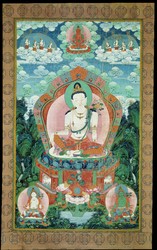 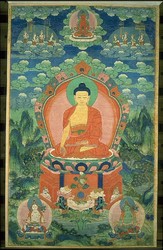 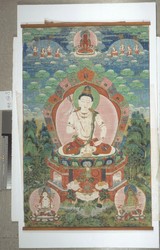