The Three Great Kings of Tibet are often depicted in painting together as a triad: Songtsen Gampo, Trisong Detsen and Tri Ralpachen. Tibetan kings can generally only be distinguished from Indian kings by inscription on a sculpture or by context in a painting. Narrative stories are the primary source for king depictions along with the Mani Kabum.

'King Appearance' in Himalayan art is a specific type of figurative form. The principal characteristics are the face often with a stern look achieved by upturned eyebrows accompanied by a mustache and goatee. The clothing is heavy and layered with multiple colours, a cloth head covering or hat sometimes with a small jeweled crown, and boots on the feet. They can hold all types of objects in their hands. (See King & King Appearance Main Page). 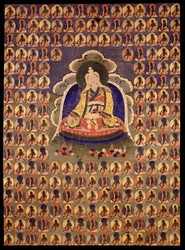 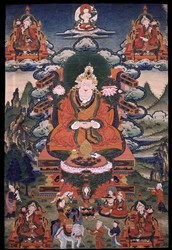 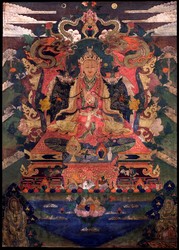 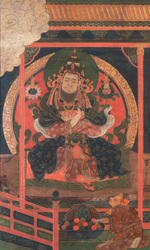 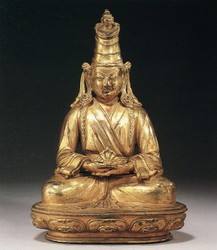 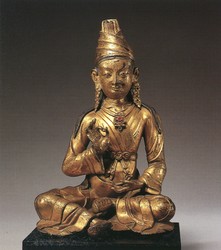 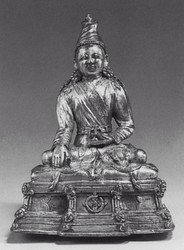 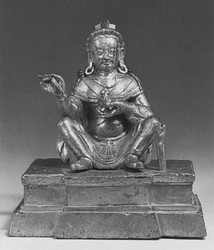 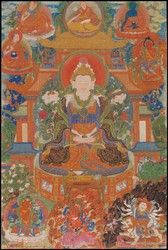 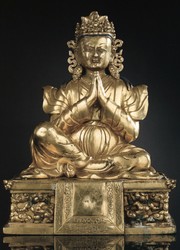