The lappets on the two sides of the pandita hat are folded up and over the front of the hat. This style of wearing the hat is found more often with the Sakya and branch traditions of Tibetan Buddhism.

Oral tradition credits Chogyal Pagpa (1235-1280) with this innovation. It is said that while Pagpa was giving initiations and having to hold many things such as the vajra and bell, initiation cards and vase, the lappets of the pandita hat would fly about and get in the way. The upturned lappets therefore is a functional innovation. Unfortunately this style of wearing the lappets doesn't appear in art until approximately the 17th century which would indicate that it was unlikely the style was employed much before that time. 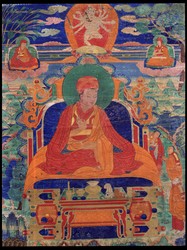 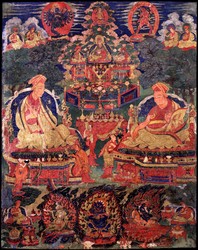 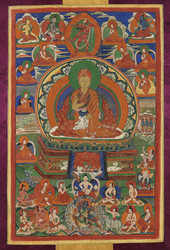 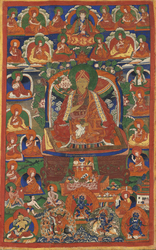 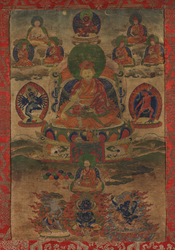 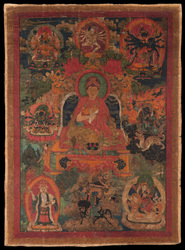 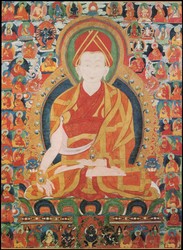 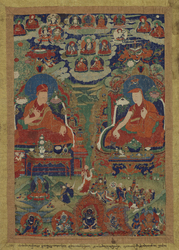 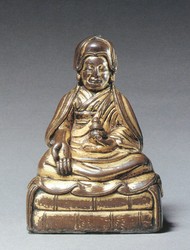 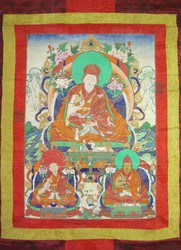 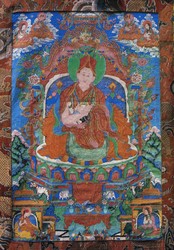