Major and minor deities primarily refers to Vajrayana Buddhism. Characters and figures from Mahayana Buddhism are understood through narratives and stories of Shakyamuni Buddha along with discourses and dialogues with his realized students, human students, and supernatural interlocuters.

The Four Tantra Classifications are filled with numerous deities. Some of which are considered important or popular while others are obscure, hardly mentioned in literature, or with little importance or appearance in art. Individual deities can be found in several categories of tantra while others occupy only one category such as many of the important deities of the Yoganiruttara Tantra, the highest of the four classifications such as Hevajra, Chakrasamvara and Kalachakra.

The most common deities by popularity are also the most well known in their most generic forms found in painting and sculpture. They are Lokeshvara, Tara, Manjushri, Vajrapani, Medicine Buddha and others.

Other deities are popular based on function such as the acquisition of wealth or power. These choices are generally based on the Four Activities of Tantric theory. 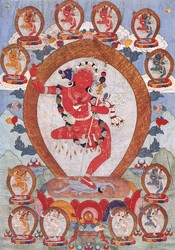 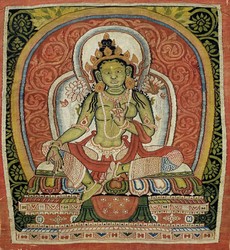 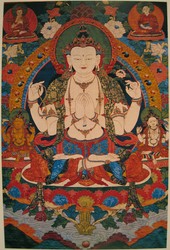