Vishnu is the most famous Hindu god that holds a conch shell. In Buddhist iconography Vishnu is also depicted with the conch generally in a kneeling two armed appearance.

The five sense and eight offering goddesses are two different groupings of female figures that can appear in mural and scrollwork paintings. The goddesses hold various objects in their hands that represent the substances being offered in ritual situations. The goddesses are also personified to be the offerings themselves. For the drinking and washing water the goddesses are often white in colour, with one face and two hands, beautiful and youthful in appearance, adorned with gold and jewels and wearing various silk garments, holding golden bowl or conch shells. For scented water she is sometimes depicted as green in colour. The Five Sense Goddesses represent sight, sound, smell, taste and touch. The goddess of taste holds a conch shell filled with nectar.

There are several good scroll work examples of the Eight Offering Goddesses (less one) such as the famous Yongle commissioned Rakta Yamari, Chakrasamvara and Vajrabhairava textiles.

Several forms of the Buddhist meditational deity Tara hold a conch shell. Generally these forms of Tara are related to the Eight Auspicious Symbols.

The Bon religion has similar offering goddesses to the Buddhist offering systems. They also hold white conch shells. There is also a retinue deity within the Walse Ngampa meditation practices that wears a white conch shell as a helmet. The Tibetan Buddhist worldly deity Tsangpa Karpo wears a conch shell on the top of his headdress as an ornament. 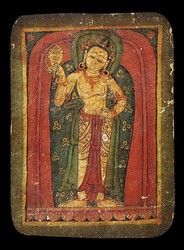 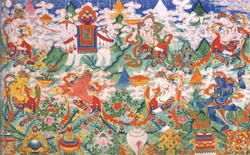 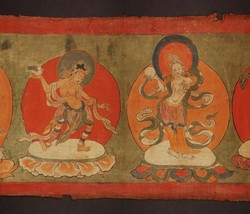 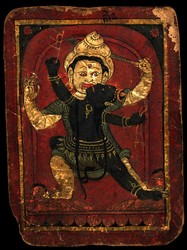 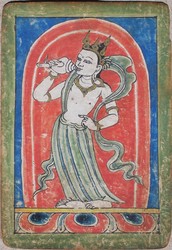 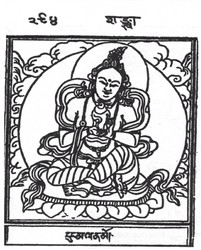 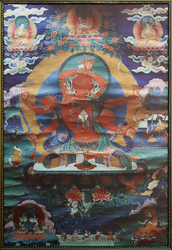 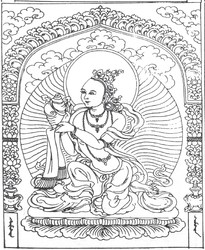 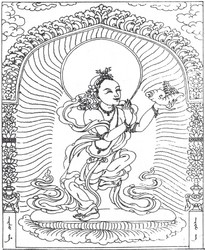 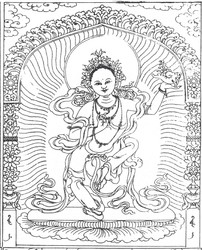 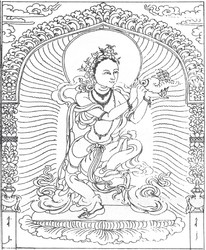