The stacked faces of the male deity can be either blue in the middle, red on the right side, and red on the left side. The faces can also have mixed alternating colours on all three sides. One example below has all faces in a maroon colour to match the body. Another example depicts the consort with a single face (73476).Some female consorts have the right leg down and the left wrapped around the waist of the male. Some consorts have both legs wrapped around the male. 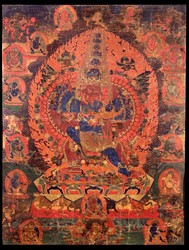 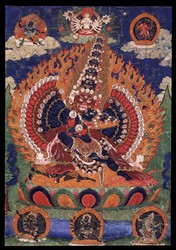 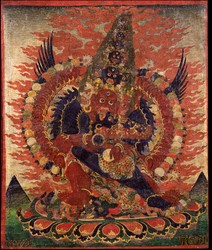 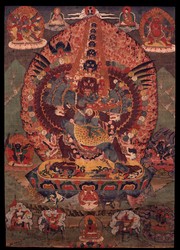 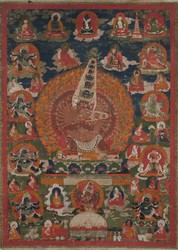 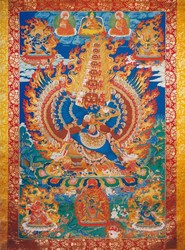 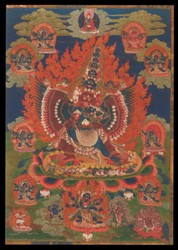 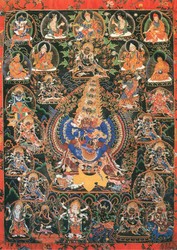 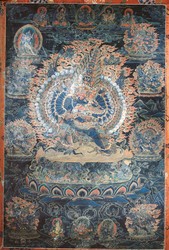 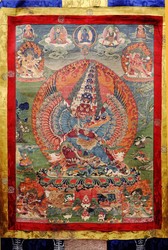 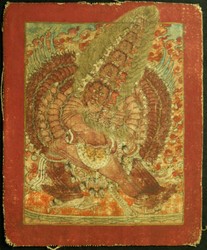 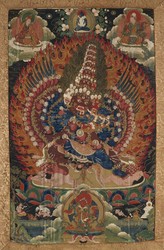