All of the examples of paintings below have problem or errors in the depiction of the iconography. The animals in the skullcups held in the eight right hands face inward toward Hevajra. The animals in the left hands face outward away from Hevajra. Sometimes the animals and gods are missing because a painting has been restored and the artist did not know the iconography or hand attributes.

The upper, topmost face, is described as smokey coloured. Many artists colour the upper face the same as the central blue face. With black ground paintings the six side faces are often left as black with only the outline distinguishing each face. The artist will sometimes shade the different faces in alternating gradients of colour to achieve a better contrast.

(The images below are only a selection of examples from the Hevajra Main Page). 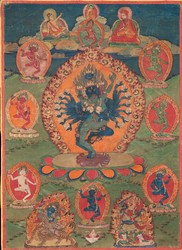 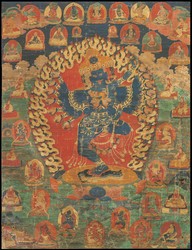 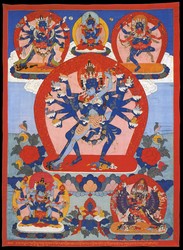 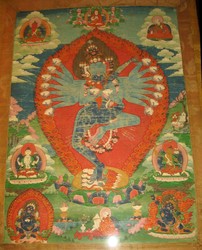 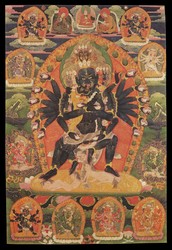 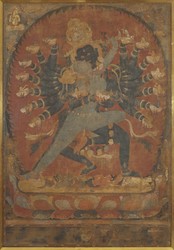