After March 2004, the sculpture was again offered in March of 2016 as HAR #2391. Note the added turquoise stones in the crown. A stone was added to the left earring. The silver eyes were cleaned and polished. Overall the sculpture appears to have been gently cleaned and even possibly very lightly oiled. 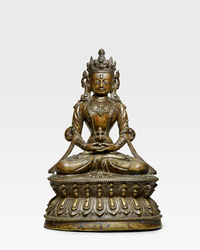 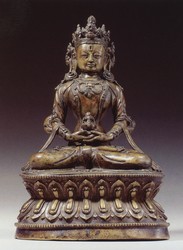