The second circle, surrounding the Three Poisons, often appearing with a white half and a black half, depicts positive and negative actions, and shows those individuals that have performed meritorious actions (good karma) moving upwards in the circle of existence and those having performed bad actions moving downward, naked, led by imagined attendants of the Lord of Death. In the root text the Buddha describes the imagery as that of a water wheel with pots attached. Inside the pots are beings both dead and alive. When they are moving upward in the pot the heads are facing outward, when dead the legs are pointing outward.

This second circle depicting the upward and downward movement of beings is not always found with all representations of the Wheel of Life (see examples with the Positive & Negative Actions Wheel omitted).

'Around the rim make the image of a wheel for carrying water. put on many water pails and draw images of sentient beings dead and alive: the live ones have their heads poking out of the pail, the dead ones have their feet poking out. Within each of the Five Paths make the respective symbols.'

(The images below are only a selection of examples from the Wheel of Life Main Page). 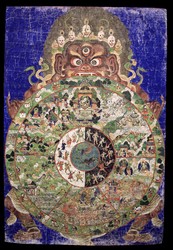 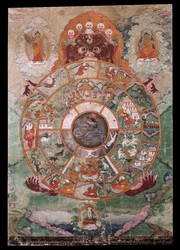 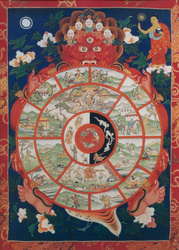 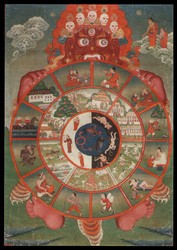 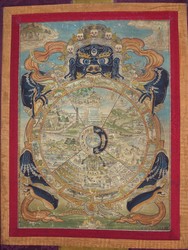 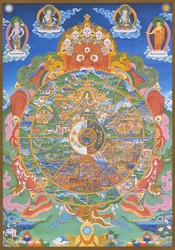 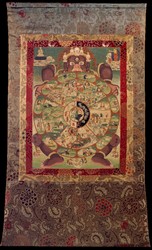 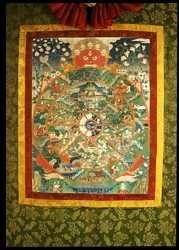