Jigme Lingpa ('jigs med gling pa) was born in 1729 or 1730 (d.1798) in the Yarlung Valley of Tibet, not far from the dynastic tombs of Chonggye ('phyong rgyas). At the age of six he was moved to the 15th century Nyingma monastery Palri Wosel Tegchen Ling (dpal ri 'od gsal theg chen gling) in Chonggye. According to his autobiography, Jigme Lingpa went to the monastery with a group of monks from Kham after one of the monks died near his home. At Palri, despite the inspiration that drew him from home at such an early age, he apparently had little interest in monastic pursuits and spent his time in idle play.

When he was twenty-eight, Jigme Lingpa entered a three-year retreat at Palri, basing his practice on a number of popular treasury cycles such as the Droltig Gongpa Rangdrol (grol tig dgongs pa rang grol) of Drodul Lingpa. During this retreat he experienced numerous visions of deities, most famously one, on a winter night in 1757, in which he found himself at the great Jarung Kashor (bya rung kha shor) stupa in Boudhanath, Nepal. There a wisdom dakini bestowed on him the Longchen Nyingtig (klong chen snying thig) treasure cycle, a revelation later classified as "mind treasure" (dgongs gter). He is said to have kept the revelations secret for seven years, despite the urging of his associates.

At the age of thirty-one Jigme Lingpa entered a second three-year retreat, this time at the Upper and Lower Nyang caves at Samye Chimpu. During this retreat he experienced three visions of Longchenpa Drime Wozer (klong chen pa 'dri med 'od zer, 1308-1364) in which he received that master's blessing of body, speech, and mind. According the tradition, in the visions Longchenpa encouraged Jigme Lingpa to disclose his visionary treasures and teach them to others. In one of the visions Longchenpa gave him a book, saying that it contained all the key instructions that he had not expanded in his Trilogy of the Natural Ease of Mind (ngal gso skor gsum), thus giving Jigme Lingpa permission to compose his own masterpiece, the Yontan Dzod (yon tan mdzod). In the third vision Jigme Lingpa's mind merged with Longchenpa's in the expanse of primordial purity, and Longchenpa confirmed that Jigme Lingpa was a master of absolute realization.

During his second retreat Jigme Lingpa wandered the Chimpu valley giving teachings to an increasing number of disciples and highly placed patrons. When he emerged from retreat in 1762, with the patronage of the Dabden Yungdrung Kyilwai Tsal family ('dab ldan gyung drung 'khyil ba'i tshal), he established a hermitage in Chonggye, Tsering Jong (tshe ring ljongs) where he ultimately began to transmit the Longchen Nyingtig. Now actively patronized by a number of prominent aristocratic families, his fame grew to extent of being occasionally conscripted to perform rituals on behalf of the Tibetan government in Lhasa.

Jigme Lingpa never fully ordained, living as a tantrika, with a topknot and robes. He may have had several consorts, including a woman from the Dabden Yungdrung clan that, known as Yungdrung Kyilwa, and a nun named Tsang Gyangru Palding Jetsunma (gtsang tgyang ru dpal sdings rje btsun ma). He never publicly acknowledged the patrimony of his only known son, Nyinche Wozer (nyin che 'od zer, d.u.), who was born late in his life.

Jigme Lingpa had several close relationships with hierarchs of traditions other than the Nyingma. He taught and studied with Ngawang Kunga Lodro (ngag dbang kung dga' blo gros, 1729-1783) the thirty-second Sakya Tridzin (sa skya khri 'dzin), who encouraged him to compose his scholarly works, chief among them the Yontan Dzod, a work belonging to the stages of the path genre which he wrote between 1779 and 1781. He was also close to the third Drigung Chungtsang, Chokyi Nyima ('bri gung chung tshang 03 chos kyi nyi ma, 1755-1792), of whom his son, Nyingche Wozer was recognized as the reincarnation and enthroned at Drigung in 1797.

It was in the Nyingma tradition that Jigme Lingpa had his greatest influence. He aided in the restoration of Chuwori (gcung bo ri), a monastery outside of Lhasa established by Tangtong Gyalpo (thang stong rgyal po, 1361-1485), befriending the head incarnation, the sixth Chagsam Tulku Lobzang Chodan (lcags zam sprul sku 06 blo bzang chos ldan, d.u.). Jigme Lingpa also worked to restore Nyingma temples, such as the imperial-era Zhwai Lhakang and Samye.

Perhaps of equal importance to his training of Nyingma lamas from Kham and the subsequent spread there of the Longchen Nyingtig teachings was his involvement with the royal family of Dege. The Dege king Sawang Kundrub Dega Zangpo (sa dbang kun grub bde dga' bzang po, 1768-1790) and his wife Tsewang Lhamo (tshe dbang lha mo, d.u.) visited Jigme Lingpa in 1788, meeting him for the first time. At the time Jigme Lingpa was in retreat at Tsering Jong, and when he heard that they royal family with their large entourage was coming, he sent word to meet him at Samye so as to spare his small hermitage community the burden of such a large group. Jigme Lingpa developed a close relationship with the queen, whom he described as "very intelligent, with good propensities," despite rushing through the teachings he gave her and urging them to leave quickly, so as to lesson the impact of their royal demands on the local people. When her husband died two years later, Tsewang Lhamo assumed control of Dege on behalf of her infant son, elevating Jigme Lingpa's disciple, Jigme Trinle Wozer, to a prominent status that was perceived as a significant threat to the court's traditionally Sakya religious leadership. Things ended poorly; the year Jigme Lingpa died, 1798, a wave of anti-Nyingma violence swept Dege. Tsewang Lhamo was imprisoned and exiled, dying soon afterwards, and a number of Nyingma lamas were executed or exiled.

It was under the queen's sponsorship, between 1794 and 1798, that Jigme Lingpa oversaw the printing of his edition of the Nyingma Gyubum (rnying ma rgyud 'bum), a compilation of all Nyingma tantra, in twenty-eight volumes. He had begun gathering and copying texts for the collection back in 1771, soon after leaving his second three-year retreat. He based it on Ratna Lingpa's edition, no longer extant, in forty-two volumes.

Dilgo Khyentse. 1999. The Wish-Fulfilling Jewel: The Practice of Guru Yoga According to the Longchen Nyingthig Tradition. 1988. Reprint, Boston: Shambhala Publications.

Gyatso, Janet. 1999. Apparitions of the Self. Princeton: Princeton University Press.

Gyatso, Janet. 1997. 'From the Autobiography of a Visionary.' In Religions of Tibet in Practice, Donald S. Lopez, ed. Princeton: Princeton University Press (369-375).

Pelzang, Khenpo Ngawang. 2004. A Guide to the Words of My Perfect Teacher. Translated by Padmankara Translation Group. Boston: Shambhala. 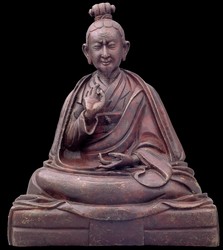 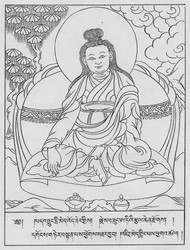 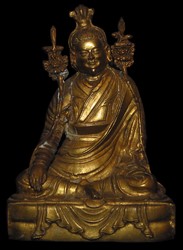 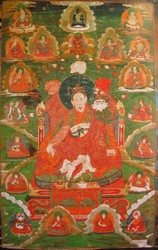 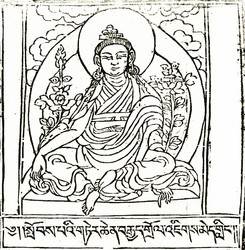