Shri Lakshmi (pal lhamo): believed to be the peaceful form of Shri Devi Dudsolma the principal female protector of Tibetan Buddhism and also of Lhasa, Tibet. Shri Devi Dudsolma has one face and four arms, riding atop a donkey. She is not the same entity as Shri Devi Magzor Gyalmo, the wrathful form of Sarasvati, with one face and two arms riding atop a mule. Depictions of Shri Lakshmi are common after the 17th century and primarily related to the Gelug Tradition of Tibetan Buddhism.

Pal Lhamo is depicted with a third eye in the middle of the forehead but otherwise is typically shown in a peaceful appearance. However, she is sometimes depicted as semi-peaceful semi-wrathful in appearance (See HAR #55740). The green Devi Lakshmi is most commonly found depicted in Karma Kagyu paintings. 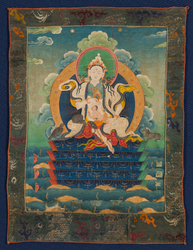 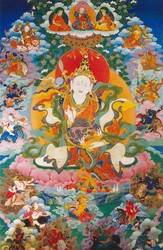 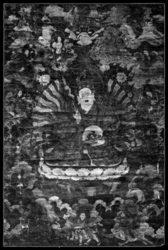 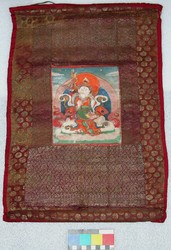 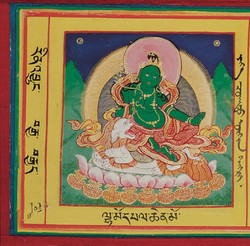 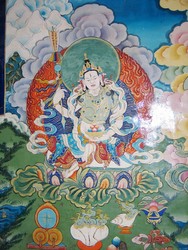 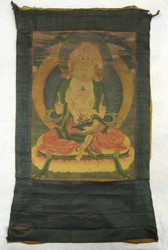 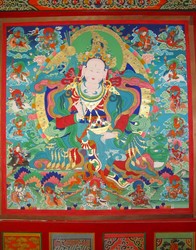 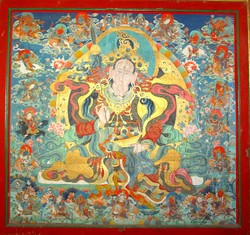 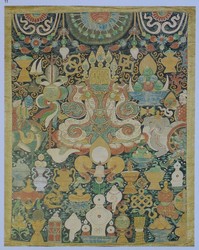 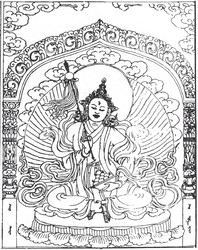 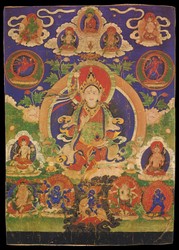