In the Tattvasamgraha Tantra there are two forms described. The first has four face and two hands and the second has four faces and eight hands. "... in the middle of a lion throne , above a lotus and moon is Bhagavan Vairochana, with a body white in colour, seated in vajra posture. The two hands are in the gesture of supreme enlightenment - holding a five pointed vajra of the tatagatas, with a backrest [torana] of the rays of the sun, wearing upper and lower heavenly garments, and a jewelled crown. Having four faces, the front looks to the East." (rgyud sde kun btus, volume 4, page 69). 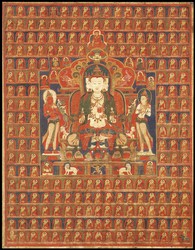 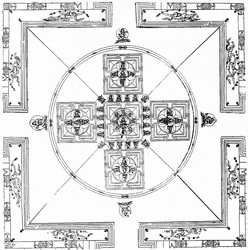 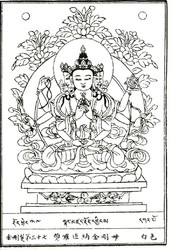 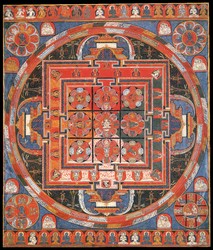 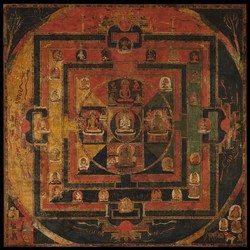 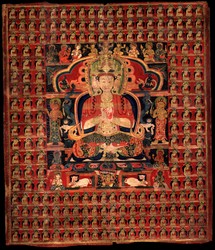 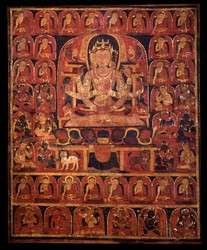 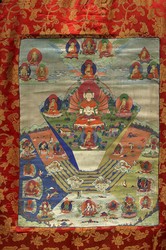