Shiva is the central god of the Shaiva tradition within Indian Hinduism. He has many different appearances represented in art and based on various textual sources. Shiva also plays a minor role in early Buddhism and a greater role in the later Tantric literature. A number of Buddhist iconographic forms such as those of Lokeshvara, Chakrasamvara, Ganapati and Lha Chenpo are borrowed from the Shiva Puranas and narratives. Some traditions list eight forms or names of Shiva: Bhava, Sharva, Rudra, Pashupati, Ugra, Mahan, Bhima and Ishana. 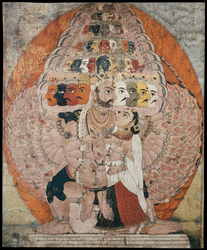 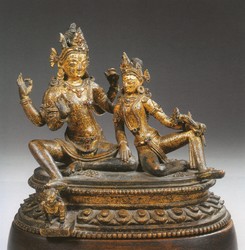 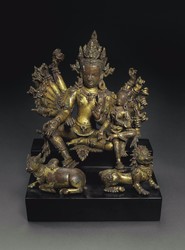 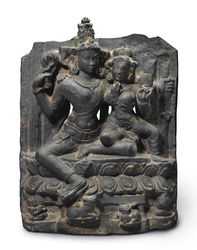 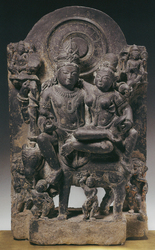 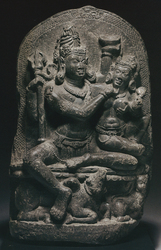 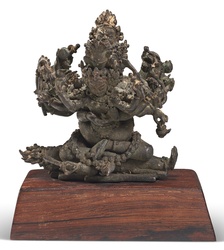