Lobzang Palden Yeshe was the 3rd Panchen Lama (1738-1780) and the brother of the 10th Shamar red hat Karmapa. The Panchen Lama received teachings from the 7th Dalai Lama and recognized the 8th Dalai Lama. As the teacher of the Manchu Emperor Qianlong, the Panchen Lama spent time in China and passed away in Beijing in the year 1780.

Biography:
Palden Yeshe was born 1738 in Tashitse, Shang district, Tsang Province. The 7th Dalai Lama Kelsang Gyatso recognised him as the reincarnation of Panchen Lobsang Yeshe. He received from the 7th Dalai Lama his novice ordination and many religious instructions. In 1762 he declared at Tashi Lhunpo the recognition of the 8th Dalai Lama, to whom he gave the upaseka ordination and the name Jetsun Lobzang Tenpe Wangchug Jampel Gyatso. He also officiated at the ceremonies where the 8th Dalai Lama received his novice ordination and his full ordination in Lhasa, in 1765 and in 1777 respectively. From time to time the Dalai Lama received many special instructions on sutras and tantras from the Panchen. Following an invitation from the Manchu Emperor Qianlong he travelled to China in 1779 and gave the Emperor many teachings and instructions. The Emperor appointed him his spiritual preceptor, and showed him much respect. Many honours were also granted him. Palden Yeshe contracted smallpox and passed away in Beijing in 1780. 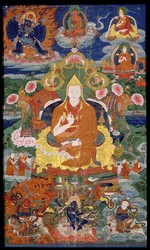 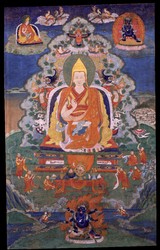 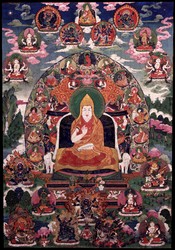 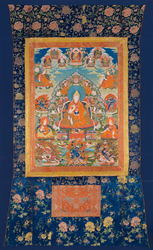 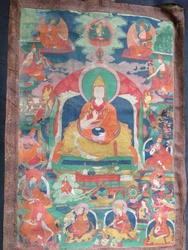 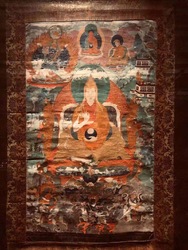 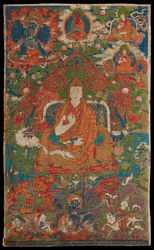 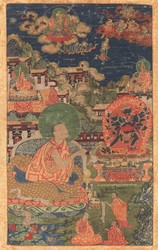 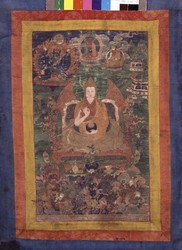 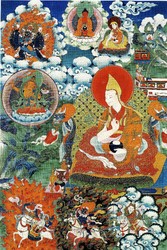