The Naxi (Nakhi) are an ethnic group inhabiting the foothills of the Himalayas in the northwestern part of Yunnan Province, as well as the southwestern part of Sichuan Province in China. They are followers of either the Buddhist or Dongba (Bon) religions and have art forms that closely follow the style of Himalayan art. (See Wikepedia and the Naxi Site at the Library of Congress). 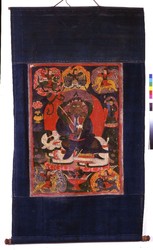 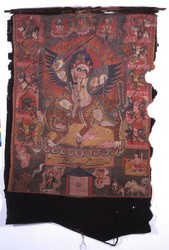