Born and raised as a Brahmin in Turkara City, Jalandhara one day became disgusted with the world he saw around him and renounced his worldly life to meditate in a charnel ground. He entered a state of heightened consciousness and heard the voice of a Dakini coming out of the sky saying he was to learn about absolute truth. He continually called in prayer to the Dakini until eventually, she appeared before him. She gave him the initiation into the practices of the Hevajra Tantra and instructions on Perfection Stage yoga, telling him to meditate on the indivisibility of appearance and emptiness. Jalandhara did these practices for seven years and achieved the ultimate realization, Mahamudra. He spent the rest of his life working selflessly for the good of all beings until he entered the pure realm of Khechari accompanied by three hundred students. (Abhayadatta Tradition, folio 193). 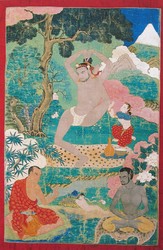 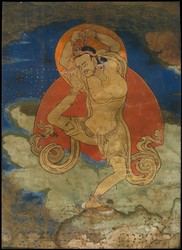 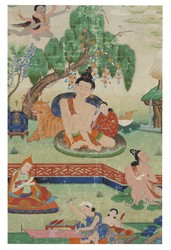 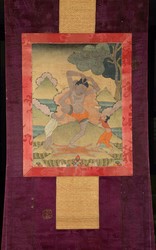 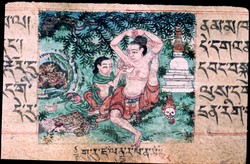 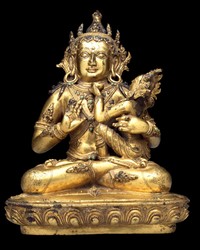 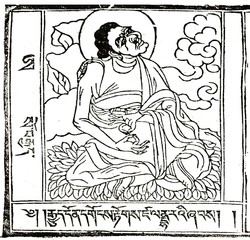 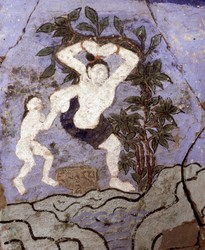 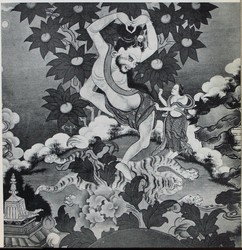 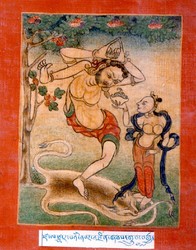