Following the collapse of the Tibetan Empire in the 9th century, monastic Buddhism all but disappeared in Tibet. In the 11th Century, the King of the Western Tibetan Kingdom of Purang Guge (pu rang gu ge), Lha Lama Yeshe O (lha bla ma ye she 'od) and his nephew Yeshe O (ye shes 'od), distressed by what they considered the deterioration of Buddhist doctrine wishing to sponsor a revival of monastic Buddhism in Tibet, sent a mission to India to invite monks to Tibet. According to legend, they sent twenty-one youths, including the great translator Rinchen Sangpo (rin chen bzang po) and others, to India. The King underwent great personal sacrifice in order to make an invitation to Atisha Dipamkara Shrijnana, said to be the greatest living Buddhist teacher, eventually even giving up his own life, and his emissaries were initially met with resistance from the other scholars of Vikramashila Monastery where Atisha was in residence.

Having received a vision of the female buddha Tara, who told him that his lifespan would be shortened by twenty years if he left for Tibet, but that he would herald a time of great benefit for the Buddha's teachings there if he did go, Atisha set off to the east. Originally, he was granted only a three year leave of absence from the monastery in India, but he remained in Tibet for thirteen years until his death at age seventy-two.

Legpai Sherab founded the monastery of Sangpu Neutog (sang phu ne'u thog). His nephew, Ngok Lochen Loden Sherab (rngog lo chen blo ldan shes rab), spent twenty-five years in north-east India and became an unequaled scholar-adept. The lineage of his disciples is known as the "Lions of the Chapa (Phya pa) teachings" (i.e. the Sautrantika-Madhyamaka); they initiated the system of Tsema Dura (tshad ma bsdus ra). His followers came to be known as the eight great lions of Sangpu Neutog.

Atisha's most important composition was the Bodhipathapradipa (byang chub lam gyi sgron ma). This short text is a practical explanation of the graduated path to enlightenment, or the lamrim, and became the foundation of the literature in the lamrim genre. The Bodhipathapradipa is said to condense all the teachings, commentaries, and instructions of the Buddha and of noted scholars and practitioners into a single path, subsumed into what are known as the "three scopes," the great, middling, and lesser scope. It was the intent of this text to provide a comprehensive overview of the path to enlightenment for practitioners on every stage of the path to serve as a basis for analysis, contemplation, and meditation, and, ultimately, as the vehicle to enlightenment itself.

In addition, Atisha was a great practitioner of the Vinaya, or the ethical code of discipline for monastics, and in his teachings emphasized the practice of ethics as fundamental for all practitioners, whether lay or ordained. Atisha was responsible for the propagation of the cult of Tara in Tibet, and his teaching on compassion, bodhichitta, and the mind training technique known as lojong (blo ljong), became the second cornerstone of the Kadamapa teachings.

Many of the early masters of the Second Propagation studied at Kadampa monasteries, ensuring that the Kadampa teachings continued to survive in the Kagyu, Sakya and Gelug traditions. All but Reting were later absorbed into other traditions, and the Kadam all but ceased to exist with the rise of Tsongkapa's followers in the fifteenth century, who initially called themselves "New Kadampa," taking on the mantle of the teachings of Atisha.

"The Sarma Tradition of new translations of the Tantras is also called the Jowo Kadam Tradition. This Tradition had innumerable Dharma holders. These include Atisha, Gyalwa Dromton, the Three Brothers, etc. The old Kadampa spread into the Sakya and Kagyud Lineages." 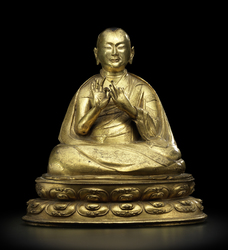 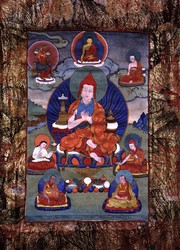 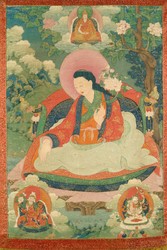 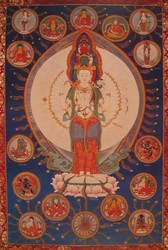