Milarepa, the Yogi (English: the Cotton-clad Ascetic). The most famous mountain hermit of Tibet, known for his biography and the 100,000 Songs written by Tsang Nyon Heruka in the 15th century.

"Milarepa, Mila Zhepe Dorje (mi la ras pa, 1040-1123) is one of the most famous individuals in the Tibetan Buddhist tradition, but very little of his life is known with any historical certainty. Even the dates of his birth and death have been notoriously difficult to calculate. Tsangnyon Heruka (gtsang smyon heruka, 1452-1507) - Milarepa's most famous biographer - records that the boy was born in a water-dragon year (1052) and passed away in a wood-hare year (1135), dates also found in biographical works from a century earlier. Numerous other sources, including the important mid-fifteenth-century Religious History of Lhorong (lho rong chos 'byung) push back the dates one twelve-year cycle to 1040-1123, a life span widely accepted by modern scholars. A number of prominent Tibetan historians, including Katog Tsewang Norbu (kaH thog tshe dbang nor bu, 1698-1755), Situ Panchen Chokyi Jungne (si tu paN chen chos kyi 'byung gnas, 1700-1774), and Dragkar Chokyi Wangchug (brag dkar chos kyi dbang phyug, 1775-1837), however, place Milarepa's birth in 1028. Still other sources place his birth as early as 1026 or 1024. He is usually said to have lived until his eighty-forth year, although sources again record variant life spans of 73, 82, or 88 years. In any case, it is clear that he lived during the eleventh and early-twelfth centuries, at the advent of the latter dissemination (phyi dar) of Buddhism in Tibet." (Biography continued... by Andrew Quintman). 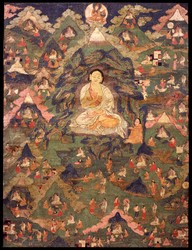 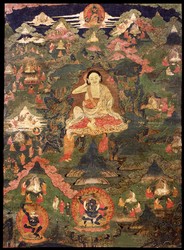 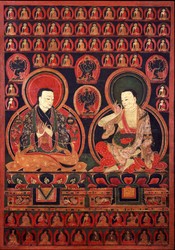 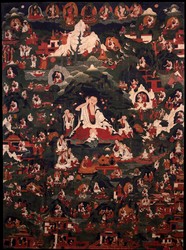 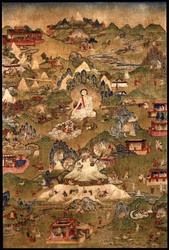 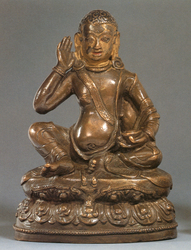 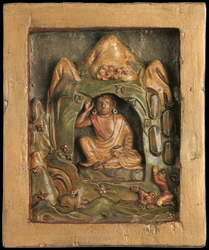 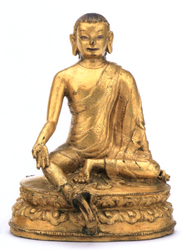 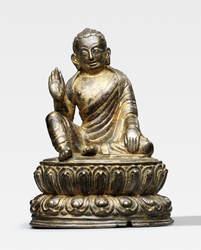 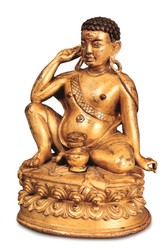 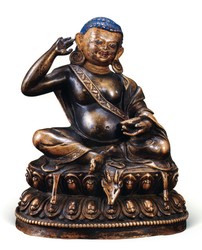 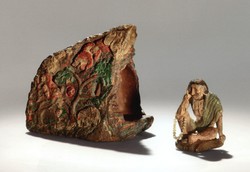