The Blue Beryl (vaidurya ngonpo), Ornament to the Mind of Medicine Buddha: Blue Beryl Lamp Illuminating Four Tantras is a commentary to the Four Tantras medical text. The Four Tantras was discovered as a 'Revealed Treasure' text (terma) by Draba Ngonshe in the 11th century. The Blue Beryl medical charts were designed and commissioned by Desi Sanggye Gyatso in the late 17th century. The visual charts were created some time after that but prior to his death in 1705. Sanggye Gyatso also wrote a companion text to the Blue Beryl called the Mirror of Beryl, A Well Explained History of the Glorious Science of Medicine, A Feast to Delight the Rishis where he discusses the history of Buddhist Medicine, Tibetan medicine and the reasons for writing a commentary to the Four Medical Tantras. He began writing the text of the Mirror of Beryl in 1702 and completed the work in 1703. 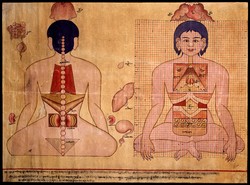 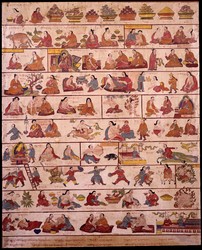 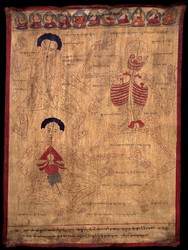 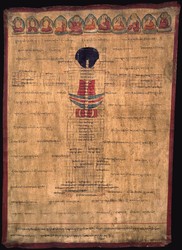 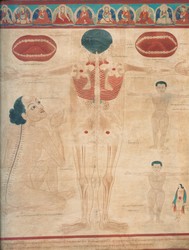 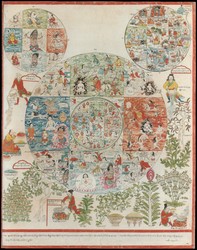 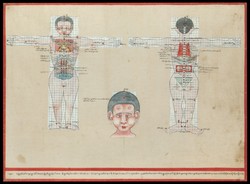 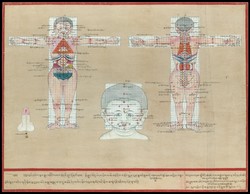 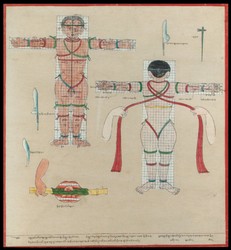 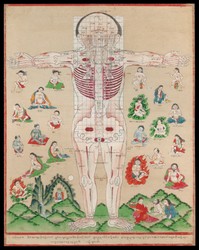 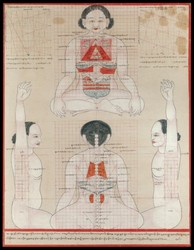