A Tale of Virtue and Generosity.

Born as a great king, the bodhisattva effectively ruled his kingdom. Times were prosperous and peaceful and other rulers bowed before him. He practiced the virtues of giving and right moral conduct, cultivated forbearance, and worked for the benefit of all sentient beings. His land was free from every kind of disturbance, disruption, and disaster, and he, devoted to spiritual truth, pursued nothing but the happiness of his subjects. 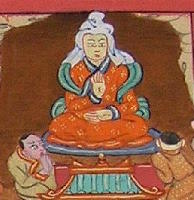 Despite all this, there came a year when his kingdom was afflicted by a severe drought, due to the laxity of its inhabitants and an oversight by the gods charged with the dispersion of rain. Convinced that the drought was caused by some fault of his own, the king gathered together the religious elders renowned for their knowledge in ritual matters and asked them for advice. Their advice was to sacrifice a thousand animals, that such an offering would surely appease the gods and bring the needed rain. The king did not see how this could be so. He didn't believe that sacrificing innocent animals would bring pleasure to the gods but not wanting to offend the elders, he simply changed the subject. 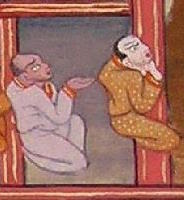 Struck with a plan, he proclaimed to the elders that a sacrifice was indeed required, but instead of animals, he would sacrifice a thousand humans! Decreeing that only the citizens who have done grave wrong would be selected, he made it known to the public that emissaries would be watching over them all and that anyone who deviates from the path of right conduct, or becomes a danger to the country, will be sacrificed.

The people of the land became well behaved. Children obeyed their parents and teachers and everyone observed moral precepts and exercised self-control. Hospitality, good manners, modesty, and a general spirit of charity and good will prevailed. 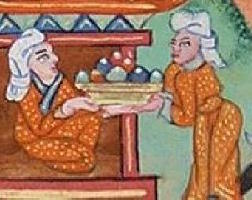 Observing all of this, the king then revealed his true plan and explained the real meaning of sacrifice. He set up alms halls throughout the land and gave away vast amounts of his own wealth to his subjects. The poor were provided with whatever they desired. Poverty disappeared and prosperity flourished. The kingdom entered a golden age.

3. Virtue and generosity are offered as sacrifice.