Arhat/Sthavira (Tibetan: ne tan): a Sanskrit term for Buddhist saints popularized in the late 19th century by Western scholars with reference to figurative art painting and sculpture. According to Tibetan literature The correct Sanskrit term for these sixteen Buddhist figures is 'sthavira', meaning 'elder.' The sixteen represent what are commonly believed, or often believed, within the Buddhist tradition, to be followers of the historical Buddha. 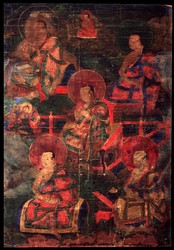 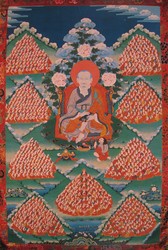 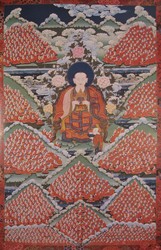 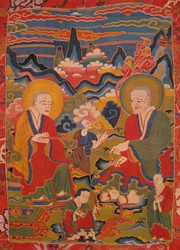 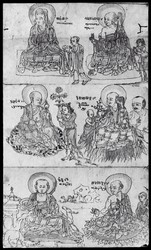 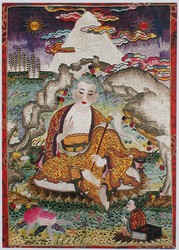