Vajrakila, Heruka (Tibetan: dor je phur ba, trag tung. English: Vajra Peg, Blood Drinker). Also known as Vajra Kumara (Vajra Youth), he is the activity deity from the set of Eight Herukas (Tib.: ka gye) of the Mahayoga Tantras of the Nyingma School and a principal meditational deity. The special iconographic feature of Vajrakila is the three-sided peg that is held pointed downward with the two main hands at the heart. The Kama tradition of Vajrakila was primarily passed down through the Khon family line which also became the Sakya Tradition in the 11th century. 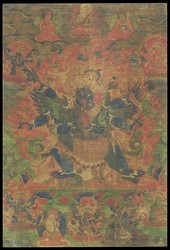 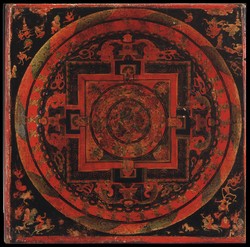 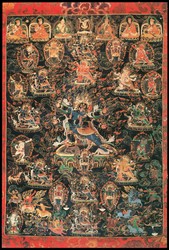 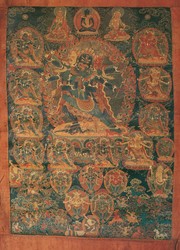 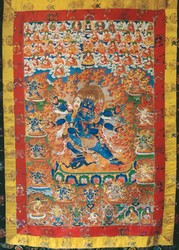 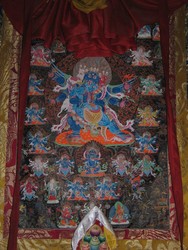 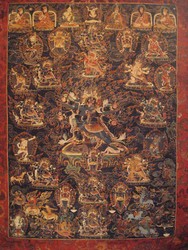 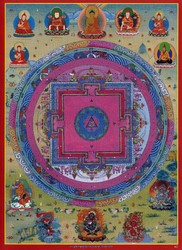 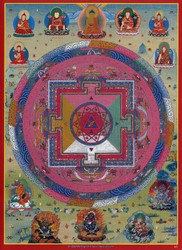 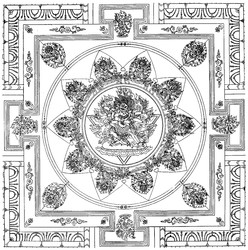 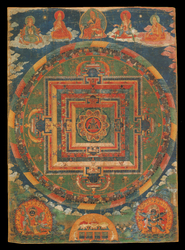 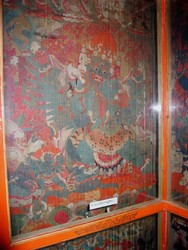