The Bon religion also uses the purba as a deity, Purba Drugse Chempa, and a ritual object. The Bon purba can generally be identified as having multiple heads with the top crowned with a garuda - the king of birds along with a total absence of a full or half vajra. It is not historically clear as to the origins of the deity 'Purba' and arguments continue between the Buddhist and the Bon scholars. There is early textual evidence for the 'kila' peg being used in the mandala rituals of Indian Tantric Buddhists. 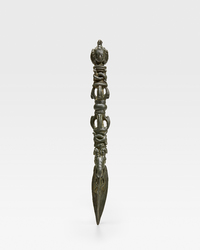 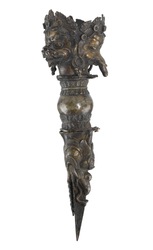 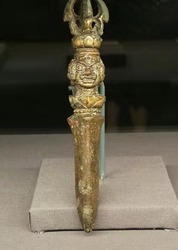