White Jambhala Riding a Dragon is believed to come through the tradition of Jowo Atisha, founder of what came to be known as the Kadam School. This specific white form of Jambhala is also believed to be an emanation of Avalokiteshvara. The other forms of Jambhala, such as yellow and black, of are their own individual entity and not associated with Avalokiteshvara. The lineage of teachers for the White form of Jambhala lists Lokeshvara first fiollowed by Jowo Atisha. This is most likely an indication that the practice is a 'pure vision' creation of Atisha himself and not based on an Indian or Sanskrit source text.

The most unique and striking characteristic of the iconography of White Jambhala is the turquoise or greenish coloured dragon that he rides - usually depicted in a Chinese style. Not all painted images or sculptural representations have the attributes in the right and left hands as described in the texts. Some depictions reverse the attributes. Also, some depictions are without the jewel spitting mongoose.

The majority of White Jambhala sculpture is of Chinese production with some Mongolian and Dolonor works. 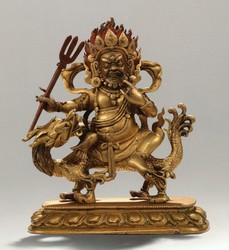 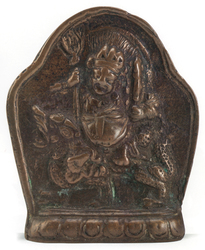 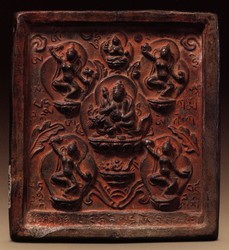 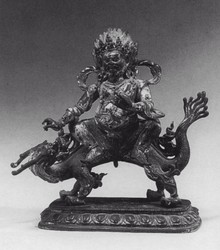 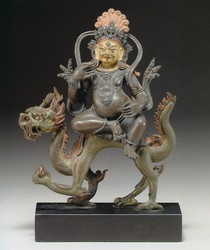 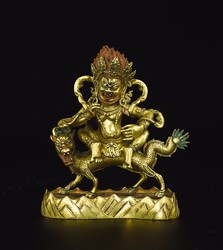 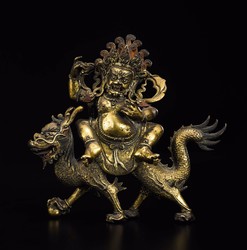 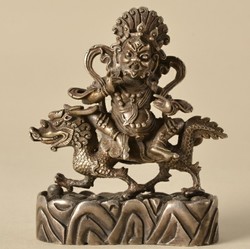 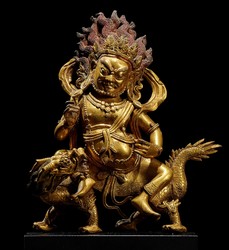 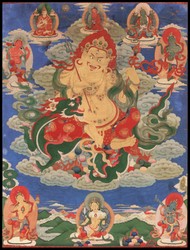 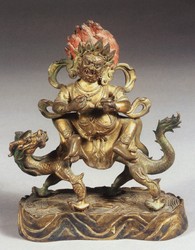 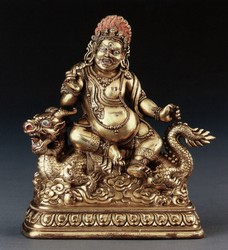