The protector deity Begtse Chen, also known as Chamsing (English: the Great Coat of Mail. Sanskrit name: Prana Atma). Colloquially Begtse is known as red Mahakala and ranks relatively high in the Sakya protector pantheon of Wisdom Deities. The protector was later adopted and incorporated into the Gelug School of Tsongkapa and subsequently became popular in Mongolia - predominantly following the Gelug tradition since the 17th century. There are a few Gelug traditions and regional monastic centers that hold Begtse to be a worldly protector deity. The majority of the art objects in the gallery below were created within a Gelug context and many of them are of Mongolian origin. 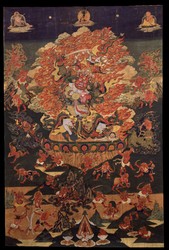 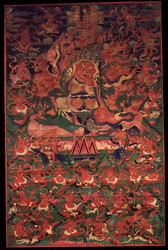 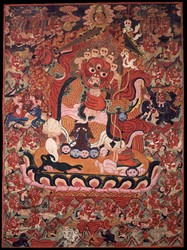 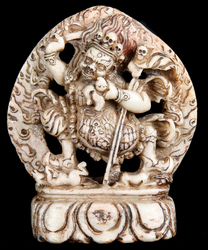 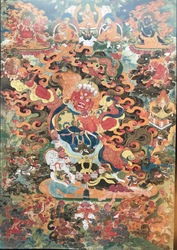 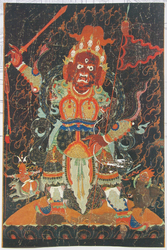 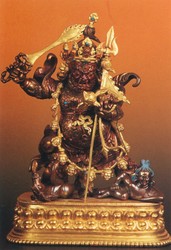 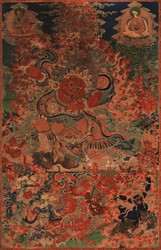 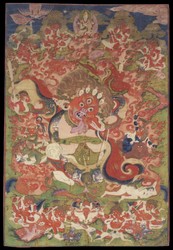 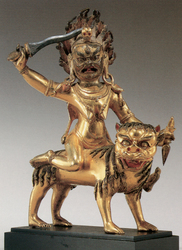 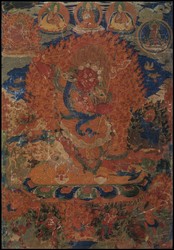