The iconographic appearance of the Marpo Acharya form follows that of the Shabala Garuda as taught in the Sakya tradition of the Thirteen Golden Dharmas in which this form of the deity is also included as an alternate practice. The Mitra and Rechung descriptions of Garuda are essentially the same in appearance but differ in lineage and mantras.

The majority of paintings appear to depict the Mitra form of Garuda. A few Kagyu tradition paintings depict the Black Garuda of Rechungpa as a minor figure in the composition. 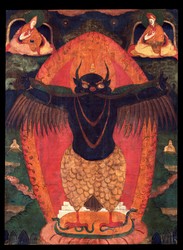 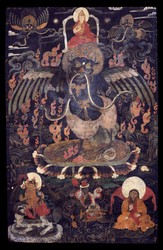 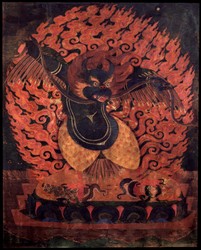 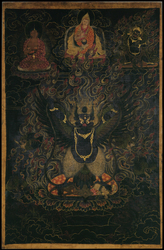 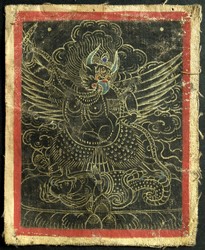 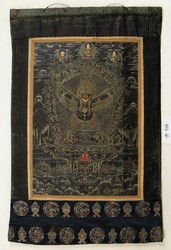 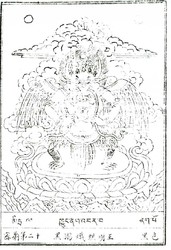 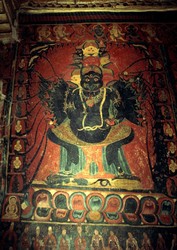 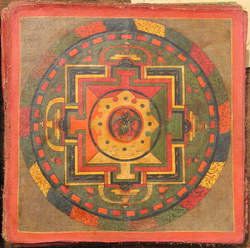